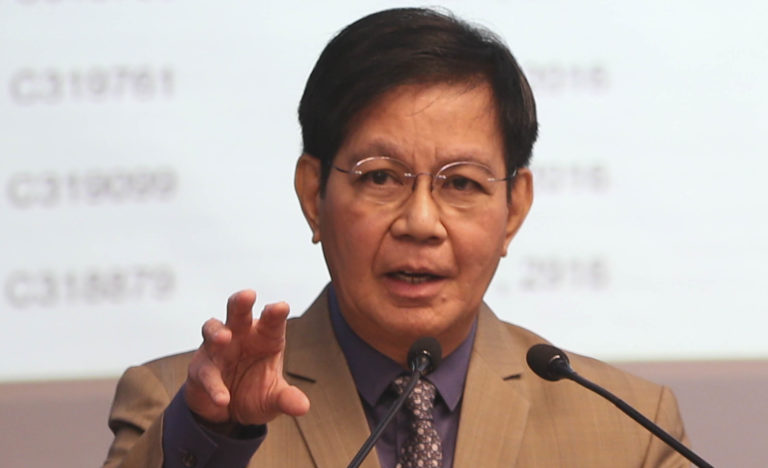 Lacson wondered why Balutan failed to mention Ang’s alleged bribery attempt to him in the Jan. 24 hearing on the measure creating the Philippine Charity Office.

He also pointed out that the P200 million was mentioned at the hearing not as bribe money but as the potential daily gross earning from STL operations per region, which was way higher than what was being declared by STL operators.

“It looks like the story on the P200 million has been twisted. Now, it’s bribe money,” Lacson told reporters in an interview on Wednesday.

The senator said he also first heard from Balutan at the hearing that Ang had said the PCSO stood to gain P200 million daily – or at least P60 billion a year – if the government took over the STL operations nationwide.

Balutan had accused Ang of offering a P200-million bribe during a hearing at the House of Representatives on Tuesday, Jan. 30.

The retired Marine general also told lawmakers that he had rejected Ang’s bribe, which was P200 million monthly.

“We will ask [Balutan] to clarify in the next hearing,” Lacson said.

At the previous Senate hearing, it has been disclosed that gross collections from STL operations in at least eight regions averaged P200 million per day or P6.05 billion a month, substantially higher than the PCSO’s current monthly collection of P1.7 billion from authorized agent corporations.

Ang had told the hearing that the PCSO could easily generate P60 billion a year from STL if the government would man its operations, preventing gambling lords from using it as a front for jueteng. .atn

ADVERTISEMENT
Don’t miss out on the latest news and information.