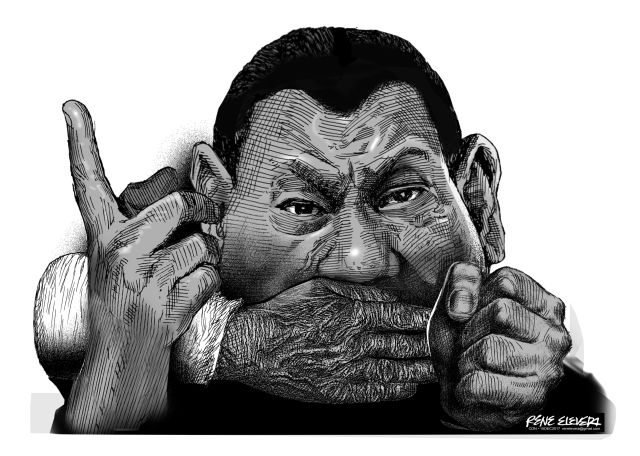 It’s no surprise that Congress decided to extend martial law in Mindanao given the supermajority held by the Duterte administration there, but only the naïve and their fanatically loyal followers would set aside the ramifications of President Rodrigo Duterte’s decision.

Simply and bluntly put, the Congress approval will be used as precedent by this administration to justify expanding the coverage of martial law to other parts of the country all the way to the seat of power in Manila.

What made it more sinister was Presidential Spokesperson Harry Roque’s statement that the government could take over media outlets in Mindanao under martial law if it deems it necessary to preserve the peace and public safety.

But Roque, ever the lawyer, said any takeover of media outlets or specifically any abrogation of freedom of expression — of which an unfettered, uncensored mainstream media is one of its key cornerstones — should be reviewed under the International Covenant of Civil and Political Rights (ICCPR) as mandated by the United Nations (UN).

Given this administration’s propensity for making surprise announcements, however, and President Duterte’s disdain and adamant stance against those critical of his policies and administration, it is unlikely that he will respect and abide by any international or national covenants that would uphold such rights including freedom of expression.

The President’s palusot or alibi stems from the actual experience and accounts of those in Mindanao who had spent fewer than seven months living under his administration’s version of martial law. The general consensus, despite some vocal protests from militants, rights groups and

administration critics was that basic rights were respected, movement and freedom of expression were not curtailed, and life goes on despite the specter of martial law hovering over them.

Even with that general assessment, however, there is still valid cause and even fears that this year’s imposition of martial law is but a way for the administration to condition public sentiment into thinking that martial law isn’t all it’s cracked up to be by the opposition and rights advocates and that it is actually good.

Which is not only wrong but downright dangerous. In an effort to further secure public acceptance for martial law in Mindanao, the President’s people are taking pains to explain that freedom of expression will not be curtailed — only limited — during combat operations.

National Security Advisor Hermogenes Esperon said as much, clarifying that broadcasts during operations are restricted and that there won’t be any takeover of media. And Deputy Executive Secretary Menardo Guevarra said any suppression of public assemblies, warrantless arrests and takeover of local media outlets can be done under martial law “hypothetically speaking.”

Despite Senator Franklin Drilon’s point that the Bill of Rights continue to operate even under martial law — and he voted against martial law extension in Mindanao — it won’t ease the anxieties of people not only in Mindanao but especially those in the Visayas and Luzon of the administration pulling a fast one and declaring martial law nationwide.

With President Duterte’s statement that “all options are on the table” and his previous warning to critics that he doesn’t need Congress to declare martial law, all that’s stopping him now from doing so is the military whose top leaders are said to be against it.

But that’s hardly a comfort, and the public needs to shake off its apathy and not only take notice but register its strong opposition to any plans to declare martial law over the rest of the country.