[OPINION] A Masbateño on the deaths of Kieth and Nolven Absalon 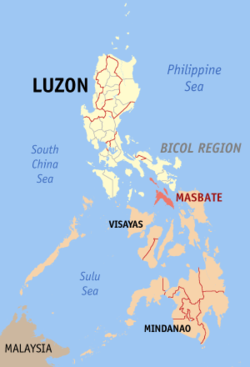 Since time immemorial, I’ve been hearing a lot of things about the so-called insurgency in our country. Though I am not that involved in politics, as a probinsyana, it’s almost impossible to go through life without hearing things about both the AFP and the NPA. However, I consider them as things that have always just been in the backdrop of my life. Until now.

I hail from the same province where Kieth Absalon, a fellow college student, and his cousin died in an unfortunate incident involving the New People’s Army. I’ll admit that I was one of the many who were outraged then. We Masbateños are a peace-loving people, and it really tears my heart that such incidents happen in my hometown. I can’t imagine the pain and grief the Absalon family must be feeling especially during these trying times. But right after what happened, the NPA issued a statement claiming responsibility for the two civilians’ deaths. And truth be told, that apology struck something within me.

I cannot fathom where this organization gets that extraordinary humility to admit something that they know can and will be used against them. I realized that my admiration with what the NPA did comes from the sad truth that I have grown accustomed to crimes against civilians that are ignored or unnoticed – most of which were committed by elements of the AFP and PNP. Almost every day do I learn of more violations and abuses but never have I heard them express remorse. Worse is, I have been inured not to expect them to do so.

I realize that I’ve never heard the PNP say sorry to Mrs. Valdez’s family after a police officer shot her in cold blood. I never heard the AFP say sorry to the families of Rechelyn and Redel, two kids killed by soldiers during one of their operations in Barangay Panan-awan, Cawayan, Masbate on April 20, 2017. Regrettably, I remember that devastating event clearly, as I was back home then when I heard the news. Nor have I found any public apology issued, either by the PNP or AFP, for the brutal Bloody Sunday where, in just a day, nine activists were massacred in front of their families.

The AFP-PNP and the NPA have both been claiming that they are for the common people’s interests. Both have been saying, for as long as I can remember, that they are for peace and genuine development. But in reality, only one of them has the bravery and humility to admit their wrongdoings and openly ask for forgiveness from the people they claim to serve. The other shrugs off the blood of civilians like me just as easily as they wipe their combat boots clean.

I know that I still need to learn a lot about our society and the conflicts and complexities that define it. All I know for certain right now is that the fact that the NPA expressed their regret with what happened shows how genuine and deep their respect for human life and dignity is. – Rappler.com