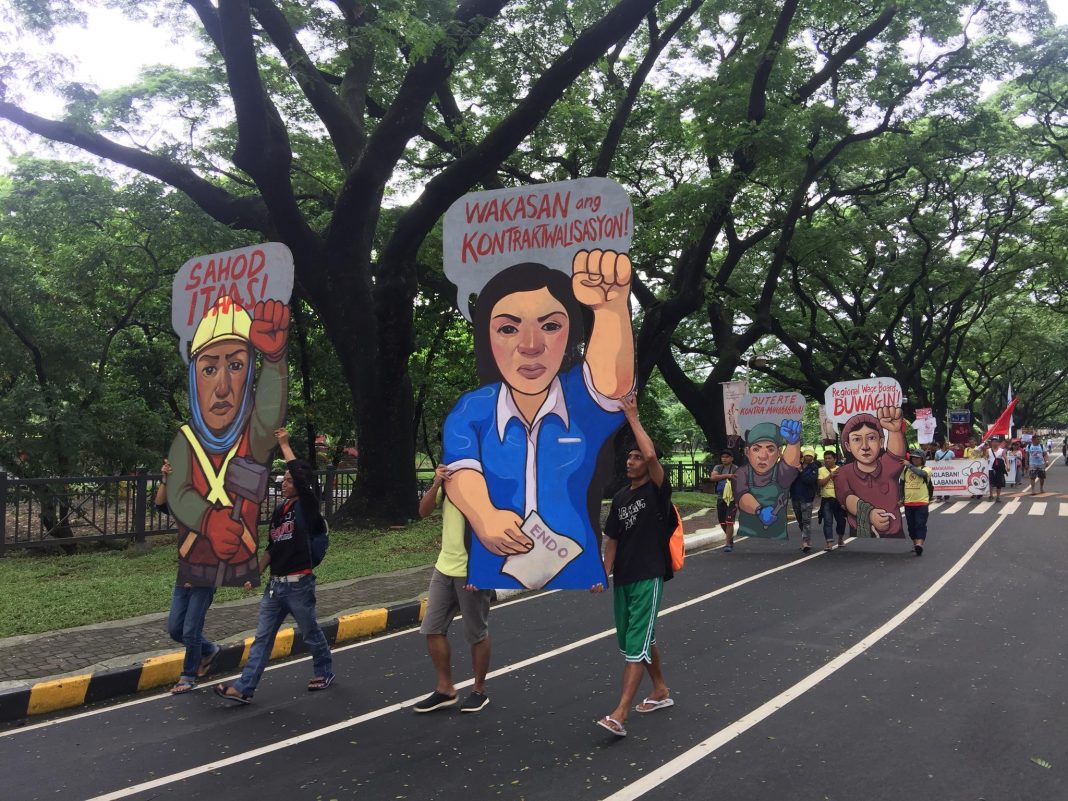 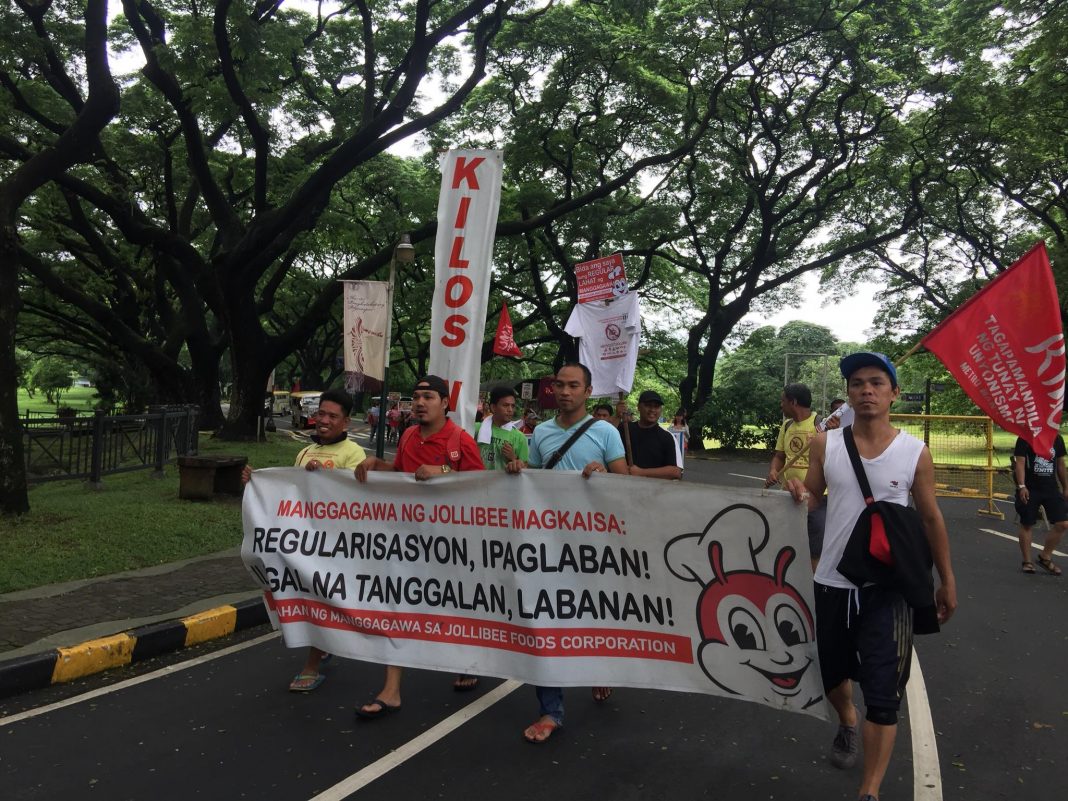 “As the Duterte administration vowed to end contractualization in 2016, this promise remains unfulfilled and empty two years after,” said KMU Metro Manila chair Ed Cubelo.
Kilusang Mayo Uno maintains their stance on Duterte’s ‘toothless’ moves to end contractual labor, saying Executive Order 51 which he signed on May 1 still allows for certain forms of contractualization.
In response, terminated workers mounted a five-day protest camp in Mendiola from July 18 to 22 before marching to Batasang Pambansa on July 23. These include terminated workers from PLDT (Philippine Long Distance Telephone Company), Jollibee Foods Corporation, UniPak manufacturer Slord Development Corporation, Manila Harbour Centre, Pearl Island Commercial Corporation, and members of Liga ng mga Manggagawa sa Valenzuela City.
‘Protest Barong’ vs. endo
PLDT Organization of Workers and Employees for Rights (POWER) President Dan Joshua Nazario sported a maroon ‘protest barong’ at Duterte’s SONA created by Mimi Salibio of Sama-samang Artista para sa Kilusang Agraryo (SAKA).
The barong depicted three clenched fists holding cable wires, chains and a headset to represent the 12,000 PLDT employees and workers who have been terminated by the telecom company despite existing DOLE compliance order to PLDT to regularize its workers.
On June 30, 2018, PLDT terminated its service contracts with its various agencies that led to the mass lay-off of its contractual workers who were supposed to be regularized.
“We walk down the SONA red carpet and march with the thousands of people in the street for the SONA protest today to send the message of the hundreds of thousands of terminated contractual workers nationwide, who have been hoping for the Duterte government to do something decisive and significant in making our aspirations to be regular workers possible,” Nazario said.