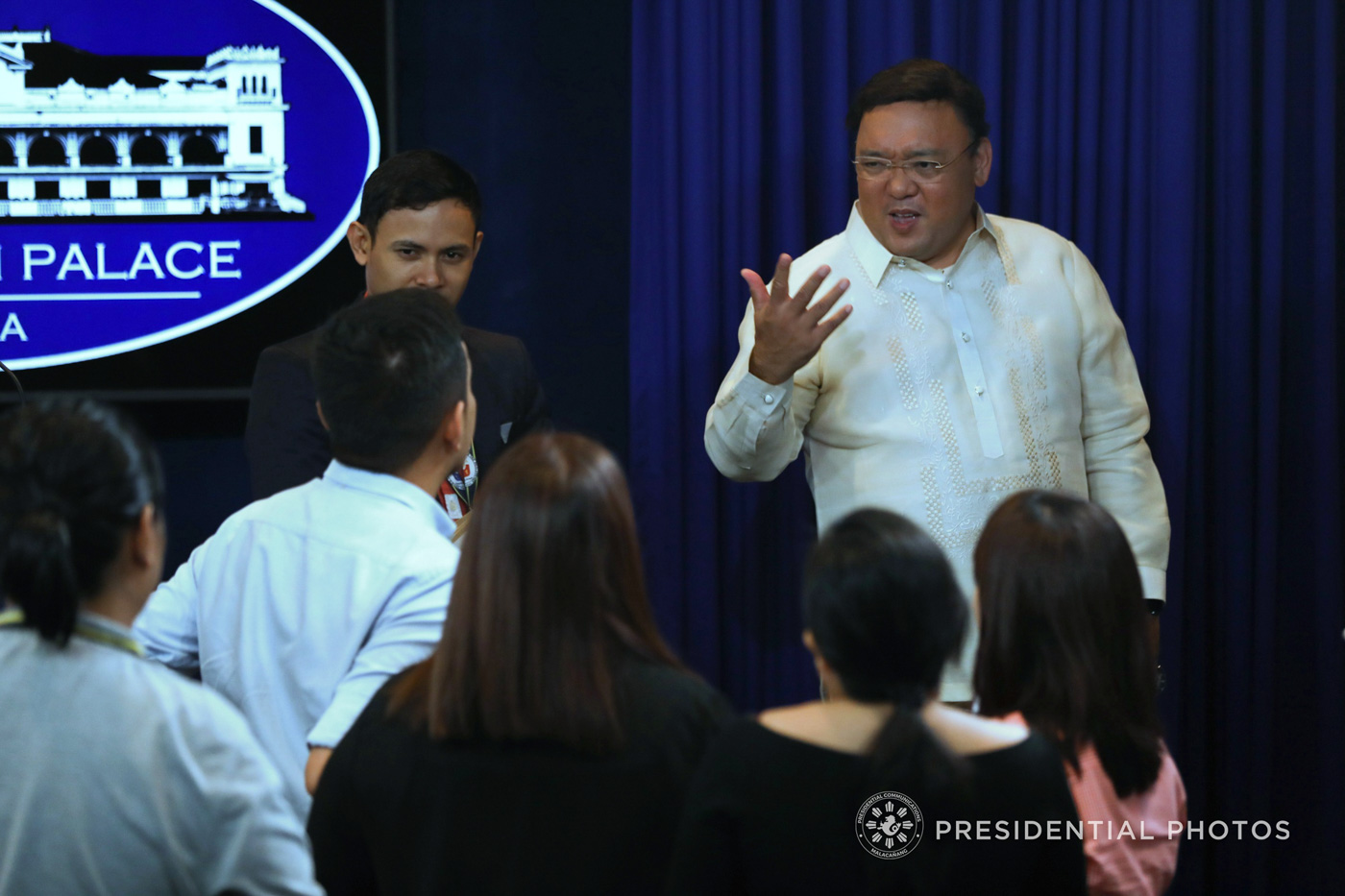 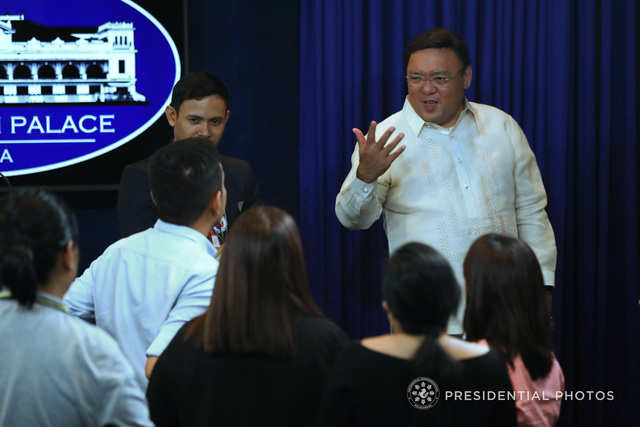 MANILA, Philippines – Presidential Spokesperson Harry Roque, in an interview with a supporter of President Rodrigo Duterte, claimed that mainstream media does not report facts, hence the need to turn to pro-administration bloggers.

“The reason why social media in the Philippines, the DDS (Duterte Diehard Supporters) has grown as big as it is, is in reaction to the fact that traditional media really does not report the truth,” said Roque on Wednesday, February 7.

He was speaking with Duterte supporter Franco Mabanta in an interview streamed on Facebook.

“They’re not always objective because if they were, why would people seek alternative sources of information?” said Roque.

During the interview, Roque insisted he was a victim of “irresponsible journalism,” citing reports by media that he said Filipinos cannot afford to conduct Benham Rise research on their own. While he disputes he said this, transcripts show otherwise.

Roque then agreed with Mabanta’s assessment that mainstream media report fake news in order to protect the interests of their owners.

“They’re after their bottom line, they’re after protecting their constituents, their money, their rich business owners and all that stuff, that’s the reason why fake news exists. They have ulterior motives. It’s dirty,” said Mabanta.

Roque replied: “I agree and of course, in the case of these two traditional media, Inquirer because the owners have lost quite a lot of their property…and in the case of Rappler, they have now made an issue of the fact that their fundraising scheme was hailed by the SEC (Securities and Exchange Commission) to be contrary to the Constitution.” (READ: Rappler takes SEC case to the Court of Appeals)

It’s these “ulterior motives,” said Duterte’s spokesman, that have caused netizens to “reject the web pages of the traditional media” and patronize the now “popular” blogs of Presidential Communications Assistant Secretary Mocha Uson and Thinking Pinoy.

These same blogs have been criticized as sources of fake or misleading information meant to skew public opinion in favor of Duterte and his administration. (READ: State-sponsored hate: The rise of the pro-Duterte bloggers)

Uson, who was given a government position for using her blog to defend Duterte, has frequently labeled media as paid hacks without citing evidence.

Duterte himself called Rappler a “fake news outlet,” to which Rappler responded: “The President knows who produces fake news in the Philippines, and it certainly is not Rappler. He doesn’t have to look far from where he sits in Malacañang.” – Rappler.com