That second senate hearing on #fakenews 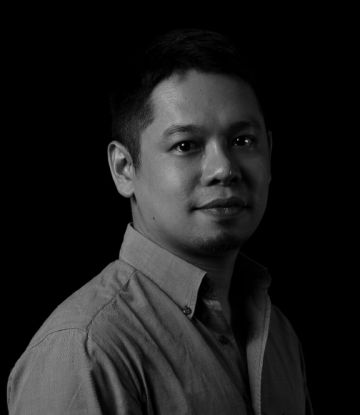 For most people who watched the second senate hearing on fake news, the key takeaway is that Senator Grace Poe proposed banning Facebook in the Philippines. Of course that isn’t true, she merely asked if it were possible and then relented by saying that even her kids would oppose such move.

But really, over and above that, it seemed like the hearing was used by some senators to get back at their critics more than getting something meaningful from their invited resource persons to aid in developing relevant legislation.

I was invited to this particular hearing but begged off because I had a prior commitment I didn’t want to reschedule and because I didn’t see any use for it. I believe our existing laws cover the issues raised in the first senate hearing I attended last October 4.

I didn’t want to comment on this particular hearing or the performance or the substance of the comments made by the resource persons invited since I believe I somehow waived that right when I chose not to attend. But I just can’t help it.

During the first hearing, some opposition senators complained about my photo with RJ Nieto taken in front of Leila De Lima’s office. They used a senate hearing on fake news to assail two individuals who support the president for something that was neither fake nor real news. It simply wasn’t news. The post and its accompanying photo fall well within the realm of “freedom of expression.”

Is that freedom, its scope and limitation, the one that was on trial in both the first and second hearing? It sure seemed so. When senators complain about hate speech, the issue is no longer “fake news”; they are, in effect, proposing to limit people’s freedom to express, something guaranteed us by our Bill of Rights.

Even when they focused on Mocha Uson, everything was off tangent. Mocha’s posts have never been passed off as news. They are her opinions, and they are presented as such. Her most glaring fault is her post with Honduran soldiers that was basically a message of support for our troops that used a stock photo. Careless, yes. Fake news, no.

Sen. Grace and other senators asked the PCOO delegation if they thought Mocha should close down her blog because she is now a government official. Do you think that is within topic (fake news)? I doubt. Again, the hearing is on fake news but this issue is focused on self-expression, a constitutionally guaranteed right, and whether this right should be limited somehow when in the civil service.

Revisit Republic Act 6713 or the Code of Conduct and Ethical Standards for Public Officials and Employees. I think that law more than covers it, or perhaps, if the good senators are not satisfied, they can introduce amendments to RA 6713 because when this law was passed, just as when our constitution was drafted and ratified, there was no internet like we have today that affords us nearly unbridled freedoms.

Some senators spoke up against hate speech on the internet. Well, you can’t legislate against anger — and the freedom to express it — but if they complain against lies being peddled online, especially those used to besmirch other people’s or these senators reputation, again, there is an existing law: the Cybercrime Prevention Law. Libel is still a crime so it is still an available recourse if you are slandered outside the internet.

So you see, what’s the hearing for? Our laws mostly cover the issues at hand.

One regret I have in not attending is not being able to raise, in front of Maria Ressa, that many instances Rappler published patently false information online, ever so brazenly, I must say.

But even for that, as Atty. Trixie Cruz reminded me, there is Article 154 of the Revised Penal Code that deals with the ‘unlawful use of means of publication and unlawful utterances.’

“The penalty of Arresto Mayor and a fine … for any person who by means of printing, lithography, or any other means of publication shall publish or cause to be published as news any false news which may endanger the public order, or cause damage to the interest or credit of the State.”

There are other relevant sections in that provision of the revised Penal Code, including one that considers anonymous publications criminal. So again, what more is needed?

The biggest mistake for the usually media savvy Grace Poe therefore is not proposing to ban Facebook in the Philippines (which she did not actually propose, but in this age of Facebook live and people watching real time, what was she thinking even saying it), it is instead having no control or clear direction for this fake news hearing saga. Further, it seems she’s given tacit approval for its use as a platform for some senators to lord it over their critics.