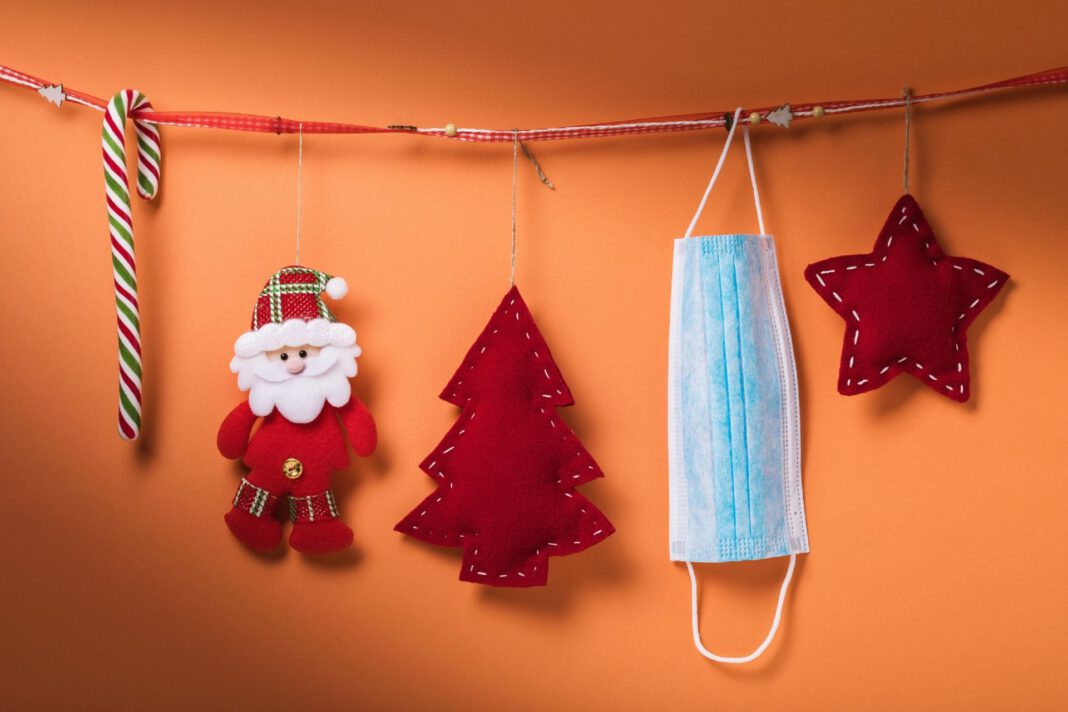 The first Christmas in a coronavirus world will be a season like no other, with governments urging people to rein themselves in to stop another deadly wave of the pandemic.

But the health crisis need not deter Santa Claus from traveling the world and handing out gifts because he is immune to COVID-19, a World Health Organization (WHO) official said on Monday.

“I understand the concern for Santa because he is of older age,” Maria Van Kerkhove, the WHO’s lead on the crisis told a press briefing, responding to a journalist’s question about whether the fantasy, gift-bearing figure, known for his grey whiskers and big belly, might not be at heightened risk from COVID.

“I can tell you that Santa Claus is immune to this virus,” said Van Kerkhove, who herself has two young sons. “We had a brief chat with him and he is doing very well and Mrs. Claus is doing very well, and they are very busy right now.”

Angela Merkel, affectionately known as “Mutti” or “Mummy,” has warned Germans to limit socializing in case “it ends up being the last Christmas with the grandparents.”

But the sacrifices do not end there. The chancellor urged her compatriots to forgo mulled wine and waffles at the country’s beloved Christmas markets.

Canada’s Brian Pallister was even more forthright. “I’m the guy who’s stealing Christmas to keep you safe,” said the Manitoban prime minister as he warned people to stay at home.

“If you don’t think that COVID is real right now, you’re an idiot,” he added.

WHO head Tedros Adhanom Ghebreyesus said “the best gift you could give is the gift of health.”

Belgium and Luxembourg have taken one of the toughest lines, asking their citizens to limit Christmas to one guest per household, or two for people who are living alone.

Germany says only close family members should get together, and only then if people limit their contacts for the previous week.

In the United States, which saw infections rocket after the Thanksgiving holiday, the Centers for Disease Control said “the safest way to celebrate is to celebrate at home with the people who live with you.” It has also appealed to people not to travel.

And just across the border in Quebec, the authorities revoked their decision to allow people to gather for four days over Christmas after infections spiraled.

France wants no more than six adults around a table.

In Britain, families are permitted to get together so long as no more than three households are involved. The Queen, 94, will not be leaving Windsor Castle.

Italy has effectively banned travel between regions from Dec. 21 to Jan. 6, with still tighter controls for Christmas Eve and Christmas Day on local travel. A curfew will also be in force.

Belgium and Luxembourg will also have curfews. Only Christmas Eve—the night that families and friends traditionally celebrate Christmas—will escape France’s even tighter night-time curfew which normally starts at 8 p.m.

Travel between different regions of the country, however, is permitted.

Germany, which is closing schools and nonessential shops from Wednesday, will essentially outlaw traditional mulled wine stands by also banning the sale of alcohol in public places.

But in some European countries, like Switzerland, where restaurants are still open, they will be allowed to serve extra late on New Year’s Eve.

Christmas Night Mass in Bethlehem in the West Bank, where Christians believe Jesus was born, will go ahead without a congregation this year.

And Midnight Mass at the Vatican in Rome will also be curtailed to fit in with the Italian curfew, Pope Francis said.

Greece is allowing churches to reopen for Orthodox Christmas on Jan. 7 and the feast of the Epiphany so long as there are no more than nine people inside, or 25 for cathedrals.

But singing in churches has been banned in Switzerland.

Traditional Austrian Christmas markets are also off, while people in Madrid will no longer be able to ring in the New Year by swallowing 12 grapes at midnight on Puerta del Sol.

Fireworks displays have been banned in Belgium and the Netherlands, with the New Year’s Eve spectaculars also canceled in Paris and London. Nevertheless, the huge fireworks display in Sydney, Australia, which usually kicks off global celebrations, will go ahead with the country all but COVID-19 free. —REPORTS FROM AFP AND REUTERS