The other ‘Big One’: Youth Quake shakes Metro Manila as students walk out of classrooms 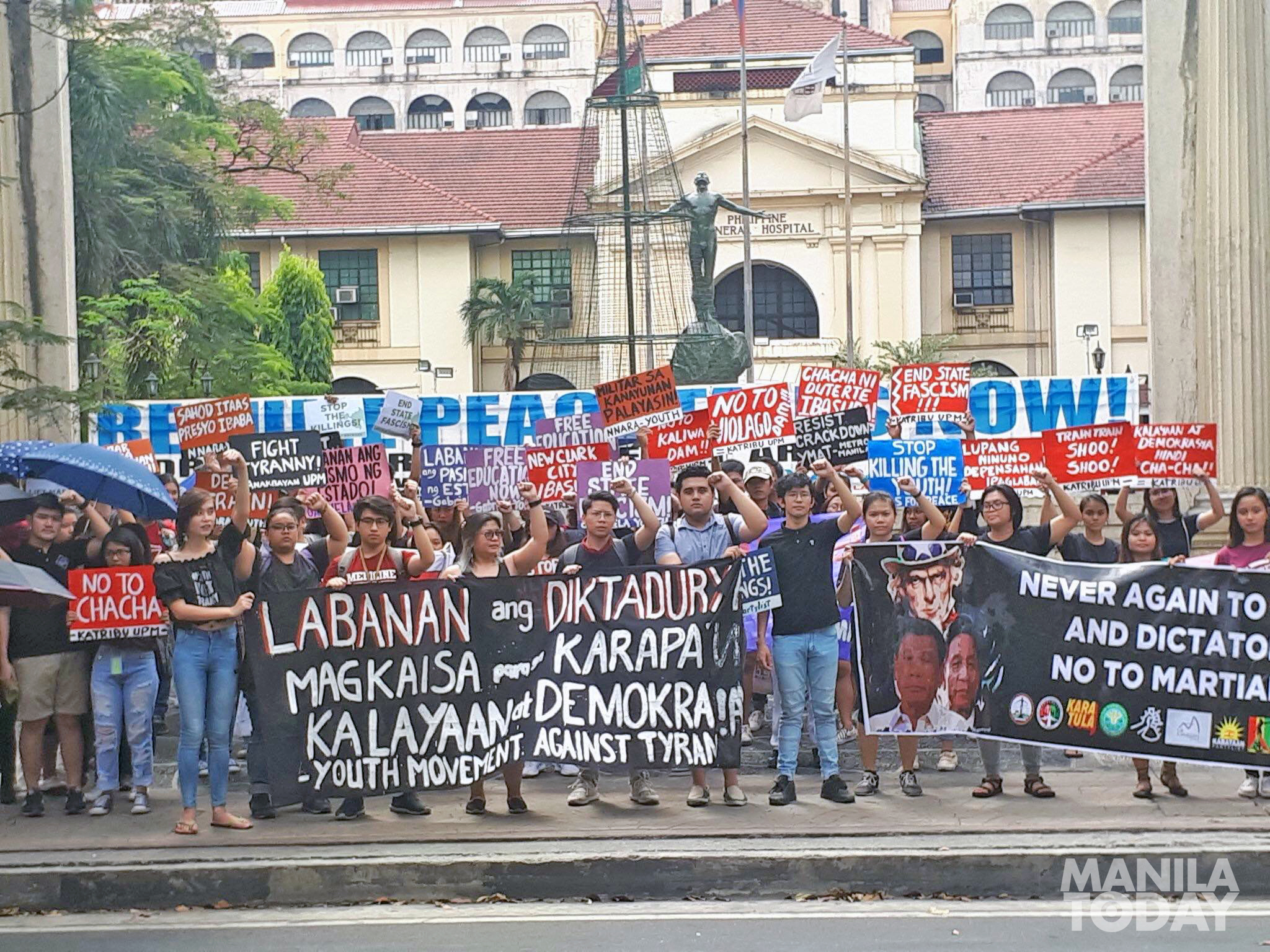 The 7.2-magnitude ‘Big One’ hasn’t happened yet, but Metro Manila trembled with thousands of footsteps and cries.

Students from universities and colleges across Metro Manila gathered in front of the Far Eastern University gates today to protest the Duterte government’s “rising tyranny and looming dictatorship”.

Led by Youth Act Now Against Tyranny, ‘Youth Quake’ gathered thousands of people in Morayta and Mendiola Bridge to register their collective dissent against the Duterte government’s various anti-people policies.

[As students of UP Manila, most of us are training to save people’s lives. It angers us to see how brazen Duterte’s regime is because of its lack of respect for the lives of the people.]

Cierva further noted that if the drug war did not kill one with a bullet to the chest, various policies like the tax reform law would “slowly kill the people”.

In the University of the Philippines Diliman, several colleges suspended classes altogether to allow students to walk out of their rooms and join the protest.

Despite having been barred by security guards from exiting the gates, Far Eastern University students managed to join the mobilization. 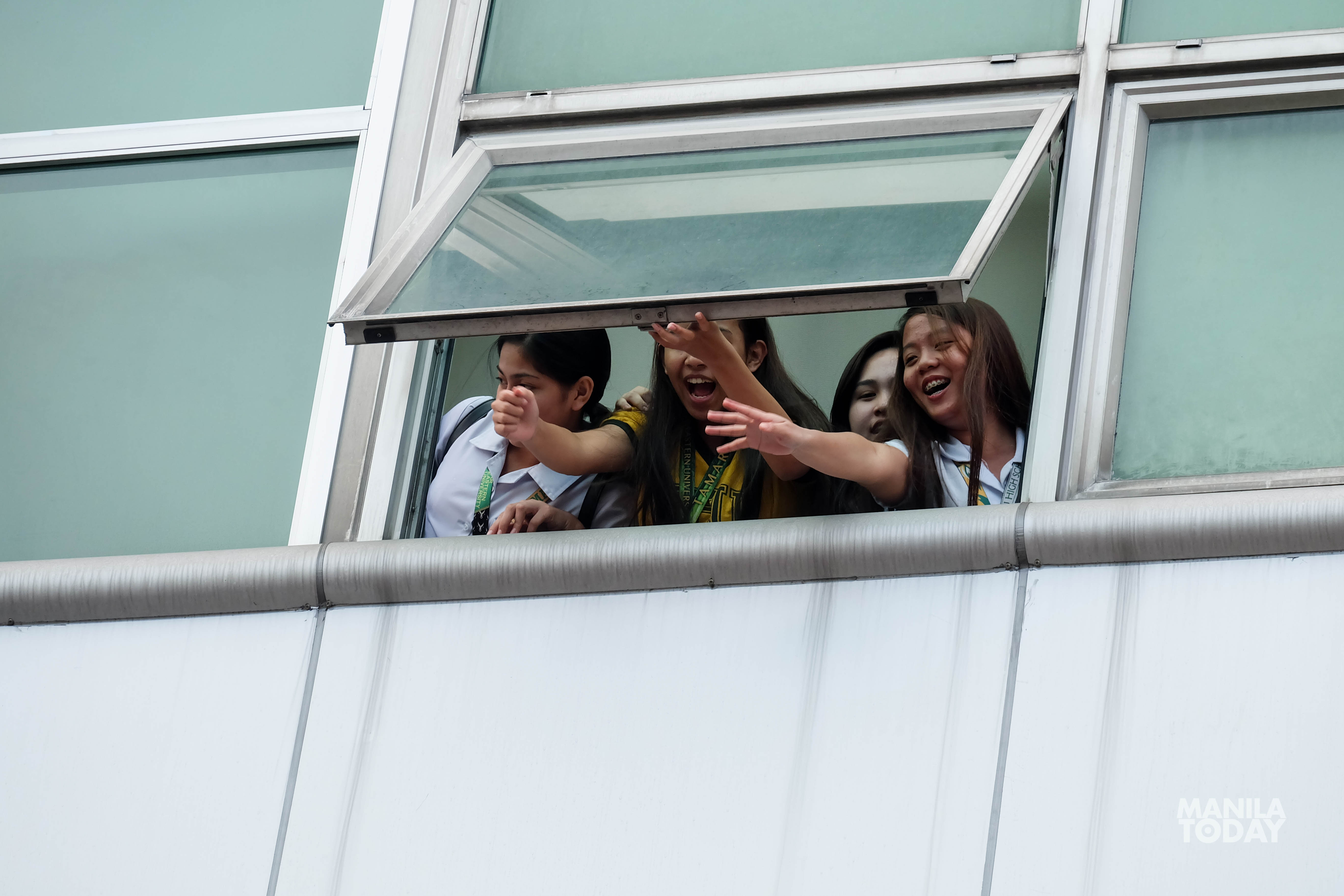 Members of student publications and communication students were also there to assert press freedom amid the government’s iron hand on journalists and media workers.

[Writers are organizers. Writers are activists because they will not allow butchers, liars, and thieves to be the ones to write history.]

Not only did we see a solid unity of college and senior high school students in the protest — who together recognize the potential of the youth to actively engage and take part in shaping society — we also witnessed how the students linked their struggles to the struggles of the basic sectors.

[We know that the youth have in them potential. But we also know that societal change can only be won by the Filipino people if the students link themselves with the broad masses.]

Present in the protest were jeepney drivers fighting for the scrapping of the PUV modernization program wherein old jeepneys will be replaced by new unaffordable units; farmers from Eastern Visayas demanding agricultural support for typhoon-stricken provinces and an end to militarization; and workers struggling for regularization and just wages. 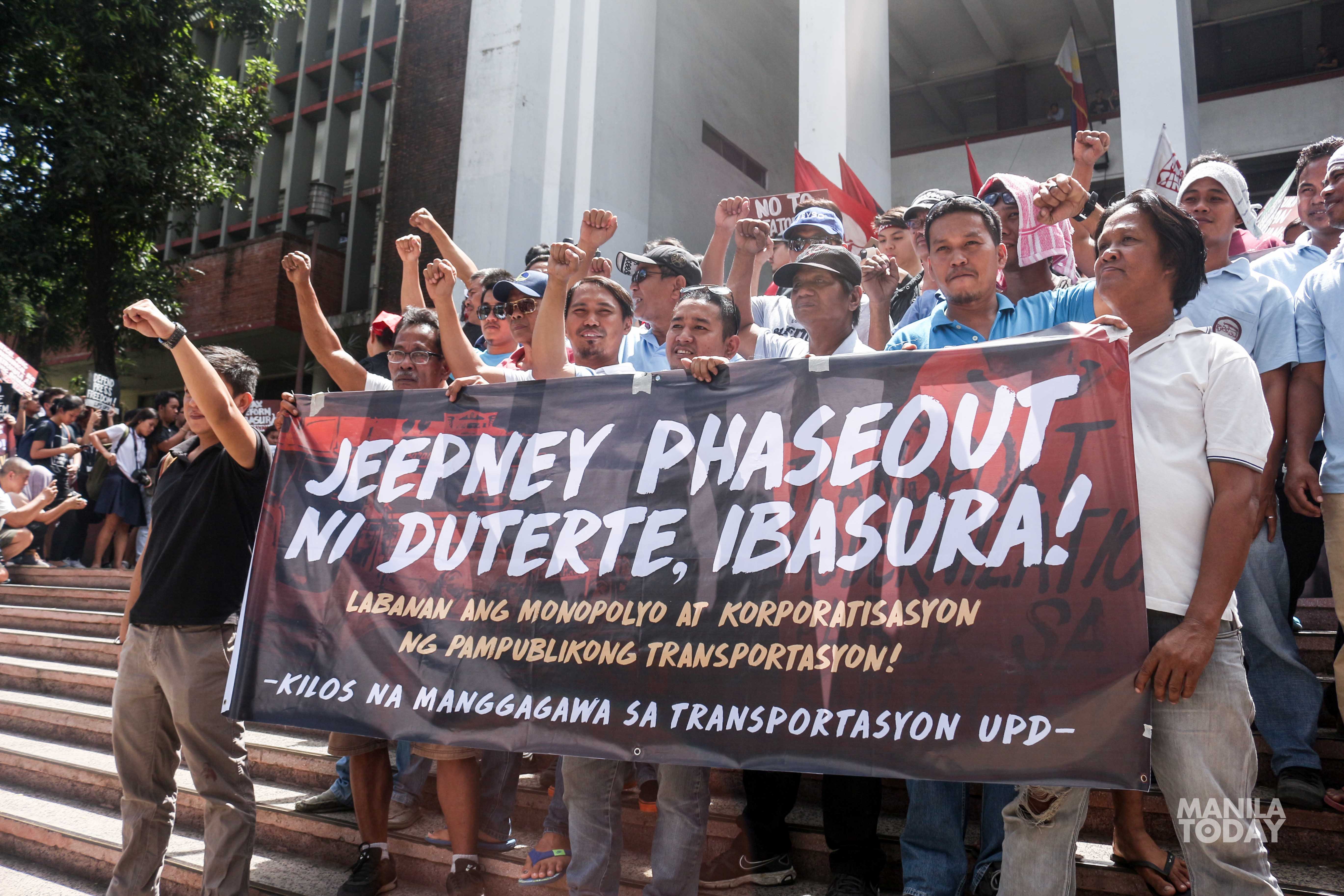 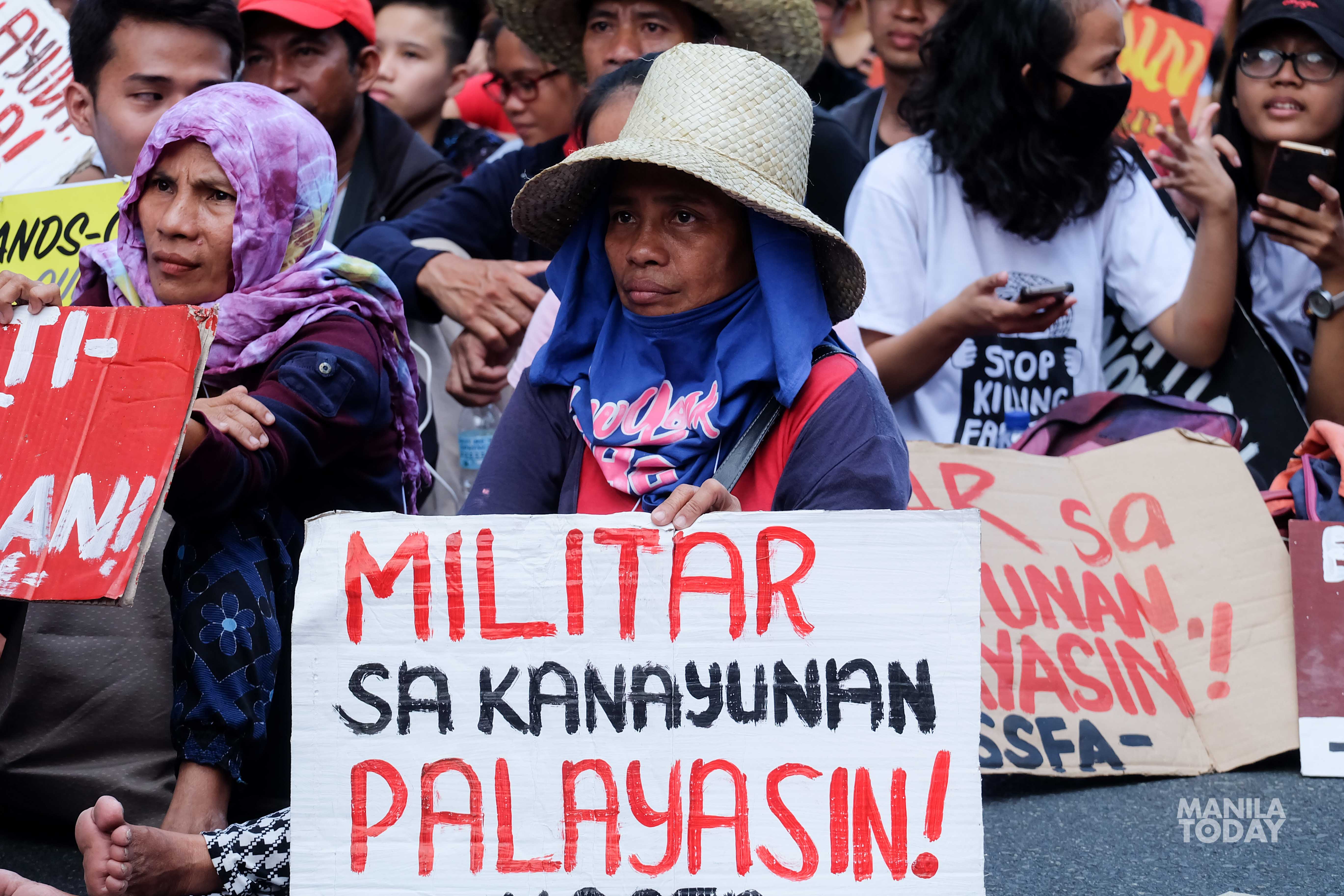 As they marched to the gates of Malacañang, the protesters marked today as the first day of a series of student walk-outs towards “overthrowing the tyrannical Duterte presidency”.

[He (Duterte) tries to silence us. If Duterte thinks he can silence us, then he is wrong. He will be the one to be silenced. Duterte, once the masses speak up, you will no longer be able to say a thing.]

And did Malacañang tremble in silence. Only the shouts of the people and the crackle of the president’s burning image could be heard.

untitled-32
Students, peasants, and workers protested against the Tax Reform for Acceleration and Inclusion Law. Photo by Kate Simple.

untitled-19
An effigy of President Duterte as the “King of Fake News” for “failing to fulfill his promises to the people”. Photo by Kate Simple.

untitled-12
Students held a snake rally at the College of Arts and Social Sciences in UP Diliman before heading to Manila. Photo by Shane David.

The post The other ‘Big One’: Youth Quake shakes Metro Manila as students walk out of classrooms appeared first on Manila Today.