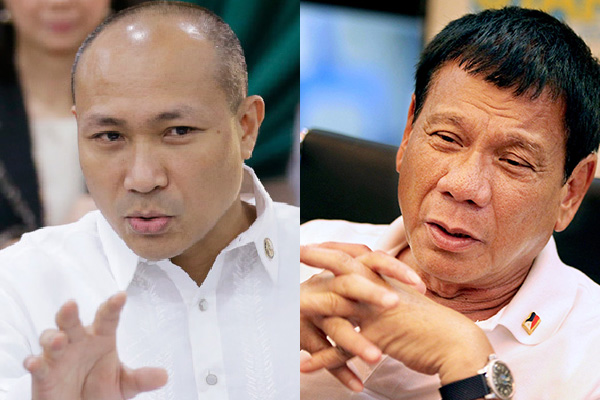 MANILA, Philippines — The charge of grave misconduct and dishonesty against Overall Deputy Ombudsman Melchor Carandang was “ill-founded” and demonstrated the “insincerity and hypocrisy” of the administration’s anti-corruption drive, an opposition lawmaker said on Tuesday.

Rep. Gary Alejano (Magdalo) said that Carandang did not release any document to the public or expose substantial portions of the supposed bank records of President Rodrigo Duterte and his family that would warrant the filing of charges against him before the Office of Executive Secretary Salvador Medialdea.

He labeled the filing of cases and his subsequent 90-day suspension as “a clear case of intimidation to cover the tracks of the president.”

“Overall Deputy Ombudsman Carandang did not release any document to the public or expose substantial portions of the supposed bank records of President Duterte for him to be charged by the Office of the Executive Secretary. Thus, the charges of grave misconduct and dishonesty against ODO Carandang are ill-founded,” he said in a statement.

“It destroys the very concept of ‘independence’ of the Ombudsman which insulates it from political pressures and allows it to perform its mandate,” Alejano added.

The Palace formally charged Carandang on Monday for his supposed premature disclosure of “unauthenticated” documents showing the alleged multimillion-peso transactions of Duterte’s family.

Presidential spokesman Harry Roque said a case was filed against Carandang for grave misconduct and grave dishonesty for misuse and release of confidential and false information on the said accounts.

Sen. Antonio Trillanes IV said that this move was “impeachable” as it violated Section 5 of Article XI of the 1987 Constitution which provided the Office of the Ombudsman independence.

Roque on Tuesday challenged the opposition senator to file an impeachment case, so they could face one another in the House where such complaints should originate.

Alejano, who also belongs to the opposition in the House, wondered how the government would pursue its anti-corruption campaign if Duterte himself was trying to dodge this.

“This just proves the insincerity and hypocrisy of the supposed anti-corruption drive of the administration,” he said.

Alejano said that the case and the suspension of Carandang were a blow to him and the institution and urged the Office of the Ombudsman to muster the courage and to not allow itself to be silenced despite attempts to curtail its capacity to perform its mandate in fighting corruption.

“The Filipino people deserve the truth and this will not be possible without the institution’s unwavering stand,” Alejano said.

Trillanes accused Duterte and his family of conducing multimillion-peso transactions in their bank accounts and released documents to prove his point.

Carandang was then quoted by media reports as confirming the presence of transactions in Duterte’s accounts, but the Anti-Money Laundering Council denied that it provided the Office of the Ombudsman with the documents.