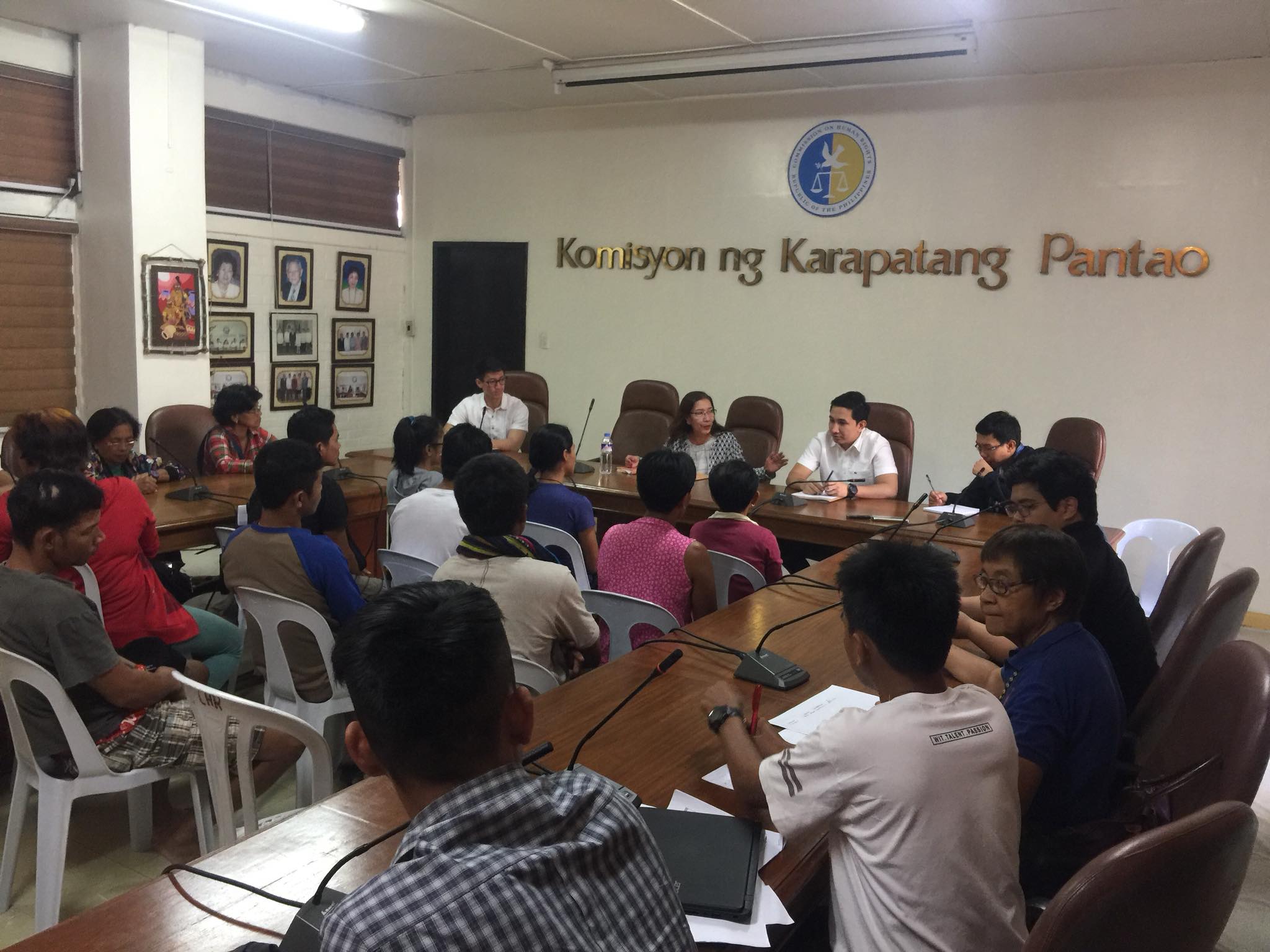 In the dialogue, the group raised red flags over the escalating number of human rights violations in various provinces of Northern Samar and in the whole of Eastern Visayas. They also presented testimonies of farmers who actually experienced rights violations and abuses from military and other state forces.

Some of the case studies and actual cases presented before the CHR include intensified militarization, military encampment of schools, Tokhang-style counter insurgency operations, fake rebel surrenderees, and child soldiers of the Armed Forces of the Philippines (AFP).

Baby Senovio of the NSSFA narrated, “I am an officer of the Parents and Teachers Association in San Miguel National High School but my child stopped going to school for fear of the military camping there. A lot of students dropped from attending school.”

Another testimonial from Oscar Tuling of NSSFA said that his nephew Jemboy Obiado was taken by the AFP’s 20th Infantry Battalion to their brigade and presented as a New People’s Army (NPA) soldier. According to Tuling, “My nephew only brought rice to his grandfather. Now, even children are being tagged as NPA fighters for their military propaganda.”

“We urge the CHR to conduct an onsite hearing regarding these violations. CHR should stand with the people against the looming dictatorship of the the Duterte administration,” Sargie Macallan of Katungod-Northern Samar said.

Katungod-Northern Samar also pointed out that aside from being considered the second poorest region in the country, “Eastern Visayas is now the second priority of the government of President Rodrigo Duterte in terms of military attacks under his counter-insurgency measure, Oplan Kapayapaan, next to Mindanao.”

“It is worrisome that as martial law in Mindanao has been extended, it is likely that martial law will also be declared in the whole country on the pretext of ending insurgency just as they did in Mindanao,” Macallan stressed.

He added, “Even without the ceremonial declaration of martial law, military rule already exists in the hinterlands of Samar due to cases of military encampment, disrespect to civilian authorities, occupation of public utilities, and other human rights violations.”

Macallan also expressed fear of escalation of rights violations as four more battalions from Marawi are set to be deployed in Eastern Visayas and that the AFP is set to form a new battalion, the 93rd IB, that will also be deployed in Northern Samar.

The NSSFA also raised alarm over AFP asking farmers to sign blank sheets indicating that they are NPA surrenderees under the Comprehensive Local Integration Program (CLIP).

“They asked us to sign an attendance sheet only to find out that at the back page it was a surrenderee form. They said they will give us P140,000 should we surrender, but we don’t have firearms. We only have our bolos to surrender,” Gina Rosco of NSSFA said.