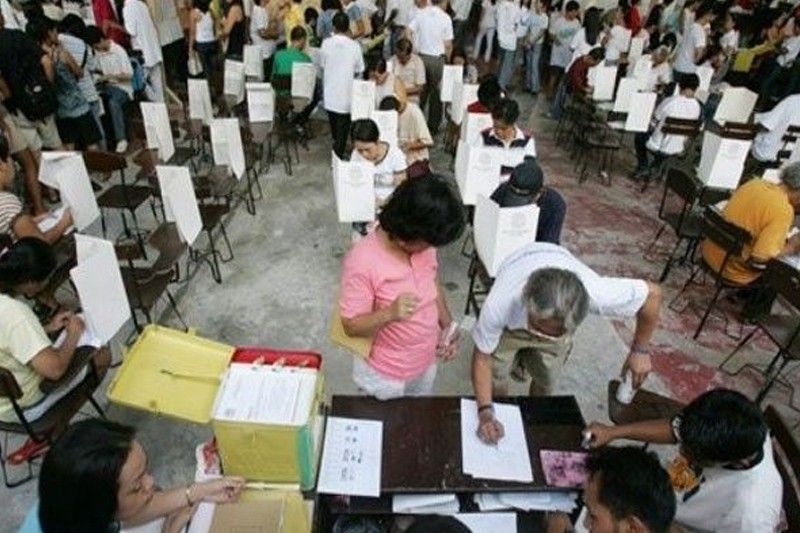 MANILA, Philippines — A global panel of international election observers called the May elections “a classic ‘guns, goons, and gold’ contest” that it said was “not free, honest, or fair by international standards”.

They cited on-ground monitoring of the May 9 polls. To date, there have been no electoral protests filed over national elective positions and the major candidates have conceded defeat with the exception of labor leader Leody De Guzman.

At a press conference Tuesday afternoon organized by the International Coalition for Human Rights in the Philippines, members of the Philippine Election 2022 International Observers Mission said it saw the elections “[rob] voters of access to reliable information, access to voting places without intimidation, and a credible vote-counting system.”

“The main conclusion of the IOM is that the recent Philippine national elections were a failure of the democratic process. The elections took place in the most repressive context seen since the time of dictator Ferdinand Marcos,” the ICHRP said in a press release.

“Throughout the election campaign, the Duterte government continued its orchestrated campaign of state terror.”

The IOM had over 60 observers from 11 countries on the ground since April 1, who documented the campaign period, election day, and aftermath in areas including Central Luzon, Metro Manila, Southern Tagalog, Southern Luzon, Central Visayas, Western Visayas, Eastern Visayas, and Mindanao.

The group said that observers themselves were subjected to harassment and red-tagging by the police and military.

“There is lack of transparency in the automated election system, [and] of course, the domination of the rich and powerful is quite apparent,” Kontra Daya chair Danilo Arao said at the press conference.

Former Australian Senator Lee Rhiannon, who was among those who penned the final report, pointed out that voter disenfranchisement was rampant on election day.

What can be done to address this moving forward? Rhiannon called for reform within the Comelec and stronger anti-dynasty provisions in the country’s laws.

Arao also urged removing family dynasties from politics, reviewing the efficacy of the AES and renewing the party-list system to give marginalized and dispossessed sectors more representation in Congress.

“The partylist system should be returned to its original constitutional intention,” Rhiannon said.

To recall, corrupted SD cards and malfunctions to vote-counting machines were widespread on election day, which caused bottlenecks that eventually forced voters to stand in line for hours just to cast their votes. Accounts on social media said that some voters waited as much as 12 hours.

The Commission on Human Rights said that it noted long-standing, recurring human rights violations attributed to the elections such as the disenfranchisement of voters that day.

Groups lobbied the Comelec for an extension of the voting period because of the delay but this was rejected.

Comelec commissioner and election lawyer George Garcia said that “nothing would justify” such an extension.

Rhiannon called this a “higher level of failure of the electronic voting system than ever before” in the Philippines.

“A large number of voters did not get to cast their vote, and many had to trust that election officials would later put their marked ballot paper through a Vote Counting Machine, thus undermining the secrecy of the vote,” she said.

Speaking from Belgium, Mieke Van den Broeck, a member of the observer mission narrated how her group went to the Visayas islands, particularly in Samar, to meet with barangay and local government officials.

“What we found was that the elections and the political system in the Philippines is not very fair…At the beginning, you would think that it’s a democracy because there are a lot of candidates, but you realize that they’re actually all the same names…actually, the country is really run by these very rich families,” she said.

According to Van den Broeck, the most glaring issue that observers saw was the rampant vote-buying that took place even during election day itself.

“We actually went to people’s houses and saw people coming with money. They gave the money to the people and went to the next house. The candidates and the people helping them actually had lists of all the voters in the barangays and went from house to house to give them money and lists of the candidates,” she said.

“Looking forward, there needs to be an intensified international focus on the new Marcos-Duterte government and their ongoing human rights record. The international community needs to strengthen the capacity of internal and external human rights organizations to monitor and report on the situation in the Philippines,” said Peter Murphy, chairperson of the ICHRP Global Council.