Food even more expensive, pushing inflation to 4.2% in January 2021 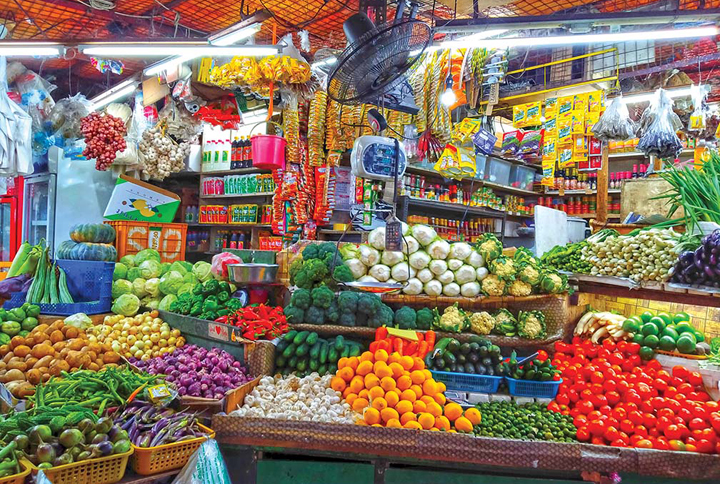 (UPDATED) Poor Filipinos struggling to pay water and electricity bills now have more problems to worry about, as food prices jump amid the coronavirus crisis

Other than the COVID-19 crisis and unemployment, Filipinos now have even more problems to worry about as food prices are on the rise.

The Philippine Statistics Authority reported on Friday, February 5, that inflation surged to 4.2% in January 2021.

Food and non-alcoholic beverages pushed inflation up in January, with meat (17.1%), vegetables (21.2%), and fruits (9%) posting the highest increases.

National Statistician Dennis Mapa said pure meat pork in Metro Manila went as high as 77% and up to 45% in areas outside the National Capital Region (NCR).

Inflation in Metro Manila stood at 4.3%, higher than the national average, mainly due to higher food prices.

Rice, which has a heavy weight on the food index, accelerated by 2.3% in January. Corn prices soared by 40.9% during the month.

Inflation in areas outside NCR went up by 4.2%.

Cagayan Valley posted the highest inflation rate at 8%, while the Zamboanga Peninsula had the lowest at 0.2%.

ING Bank Manila senior economist Nicholas Mapa described the latest inflation episode as “slowflation” or the uptick in prices of goods amid a recession.

“We expect inflation to remain elevated in the coming months with base effects and persistent cost side pressures to force the headline close to or above the 4% level,” Mapa said.

Bangko Sentral ng Pilipinas officials earlier said the uptick was merely “transitory,” but Mapa noted that these breaches tend to be “sticky” as “supply conditions only normalize after the next harvest season.”

The uptick in food inflation comes as the economy struggles to come out of recession due to the pandemic, leaving millions with no jobs, and utility companies and landlords start collecting deferred payments from last year.

President Rodrigo Duterte earlier heeded the call of the Department of Agriculture (DA) to cap prices of pork and chicken for 60 days, as unscrupulous traders allegedly jacked up prices.

Farmers and meat processor groups, however, doubt that Duterte’s executive order can be enforced.

The DA has also eyed lowering tariffs on pork and rice to tame prices, but senators questioned the proposal as it would hurt local farmers.

The government’s economic team expects inflation to settle within target between 2% and 4% this year. – Rappler.com