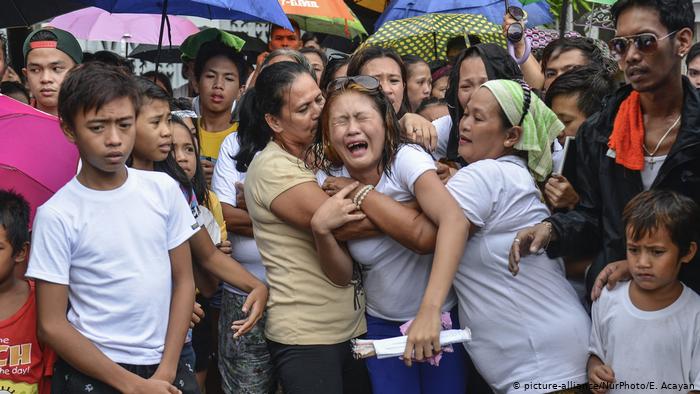 MANILA, Philippines — A global rights watchdog has given the Philippines a lower grade in terms of how free its civic spaces are, noting that attacks against activists and the media meant that free speech and peaceful assembly have transitioned from “obstructed” to “repressed.”

In its report released ahead of the global Human Rights Day, the Civicus Monitor noted that the Philippines’ score worsened in 2020, just one step away from the lowest grade based on their five-point rating.

Civicus grades countries’ civic spaces through reports from partner organizations across the world, which are then used to categorize countries.  Ratings of “open” is the highest grade possible, as it denotes an almost unhampered civic space, followed by the “narrowed” rating, then “obstructed,” “repressed,” and “closed.”

The Philippines was rated “obstructed” in 2019, but is now given a “repressed” rating. This meant the country is only slightly ahead of four “closed” countries in the Asia Pacific Region: China, North Korea, Laos, and Vietnam.

According to Civicus, the worsening conditions of civic spaces in the country can be attributed to the shutdown of media giant ABS-CBN, prosecution of the administration’s critics, and the slay of human rights defenders.

“This year, the Philippines has been downgraded owing to its decline in fundamental freedoms. An ongoing attack on media freedom escalated when ABS-CBN – the largest media network – was forced off air, depriving people of critical information during the COVID-19 pandemic,” Civicus said in its report.

“Senator Leila De Lima, a prominent critic of President Rodrigo Duterte, has spent more than three years in detention on fabricated charges. Human rights defenders, such as Zara Alvarez and Randall Echanis, have been attacked and killed with impunity,” it added.

Echanis, a peace consultant and a peasant leader, and Alvarez, a human rights group’s staffer, were killed just a week apart.

Meanwhile, ABS-CBN remains non-operational since its franchise expired last May 4, as the House of Representatives panel voted against the provision of a new franchise. However, Malacañang and President Duterte denied having any hand on the decision from Congress.

But Civicus said that the decline in the Philippines’ score is also due to the policies adopted by the Duterte government.

“The Duterte government has incrementally chipped away at civic freedoms since it came to power in 2016 but this has further eroded over the last year,” Civicus Monitor’s Asia-Pacific Civic Space Researcher Josef Benedict said in a separate statement.

“In 2020, we have seen systematic intimidation, attacks and vilification of civil society and activists, an increased crackdown on press freedoms and a pervasive culture of impunity take root,” he added.

The Civicus report also took note of the recent issues with red-tagging, or some government officials’ alleged practice of linking protesters, human right workers, and other activists expressing legitimate dissent towards the communist armed movement.

They also considered the passage and enactment of the Anti-Terrorism Law — which brought more stringent measures against terrorism but was criticized for its supposed vagueness — as a factor in the shrinking of civic spaces.

“Others, like human rights defender Teresita Naul, have been criminalized or subjected to ‘red-tagging’ – a practice of labelling individuals and groups as communists or terrorists – as a result of their work,” Civicus said in its report.

“A new anti-terrorism law passed in July 2020 includes a broad definition of terrorism that gives law enforcers exhaustive powers and provides few safeguards against abuse, leaving it open to exploitation by those seeking to silence dissent,” it added.

In the Civicus rankings for the Asia Pacific region, only nine countries managed to get a score of “open”: Taiwan, New Zealand, Palau, Samoa, Solomon Islands, Tuvalu, Marshall Islands, Micronesia, and Kiribati.

Other Asia Pacific countries classified with the Philippines in the “repressed” category include Afganistan, Brunei Darussalam, Cambodia, India, Myanmar, Pakistan, and Thailand.

All in all, 43 countries are under the repressed status, including Russia, several countries in Africa, and some South American countries.

The top factor for rights violation issues reported in the Asia Pacific region is the presence of restrictive laws, followed by censorship, harassment, detention of protesters, and disruption of protests — similar issues that activists have been claiming to exist in the Philippines.

Despite being backed by high satisfaction and approval ratings, President Duterte’s administration has been hounded by allegations that it disregards human rights.  The Chief Executive is also a vocal critic of how the human rights sector allegedly demonizes his war against illegal drugs.

In one occasion, Duterte asked why he should be blamed for the drug war deaths when going into the drug trade should be considered suicide.

Despite the brushes with the human rights circle, Duterte recently assured the international community of the Philippines’ commitment to upholding human rights.

Civicus Monitoring boasts of partnerships with over 20 watchdog organizations around the world, which have posted a total of 516 civic space updates from November 12, 2019 to October 31, 2020.

These updates that cover 153 countries are the triangulated and verified by Civicus, and are then used to rate each country.  In states that were not monitored by their partners, Civicus uses local, regional, and international sources to generate a score.#