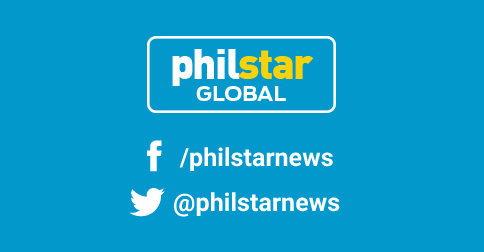 Following up on the previous administration’s collected data from the Tax Incentives Management and Transparency Act (TIMTA), the aim is to reform 360 laws that grant businesses tax breaks and other incentives, as well as plug loopholes.

Reforms will generally be guided by the principle that only businesses that generate jobs, stimulate the economy in the countryside, and promote research and development will continue to receive incentives and that sunset provisions on tax perks are not unnecessarily extended.

The passage of TIMTA in 2015 gave government the ability to promptly measure the value of incentives given to businesses, while at the same time analyzing their economic impact. Through the required reports, the government was able to determine the cost-benefit impact to the economy.

TIMTA requires companies that receive incentives to file their tax returns and pay their taxes through an electronic system with the Bureau of Internal Revenue. Companies should clearly quantify income-based tax incentives, value-added tax and duty exemptions, deductions, credit, or exclusions from the tax base.

The data gathered is centralized at the Department of Finance, and together with the actual information that the BIR and Bureau of Customs collects on tax and duty incentives, becomes a powerful tool to analyze the overall impact on the country.

The data collected over the last two years has enabled the DOF to come up with the second tax reform package, this time targeting a flawed and outdated system that provides tax incentives from 150 investment laws and 210 non-investment laws.

Should this second round prove effective, the Philippines would see its collection efficiency rate from taxes of large companies and other private firms rising from the current 12.3 percent to a figure more attuned to what our neighboring countries are achieving.

According to the DOF, Thailand has a lower corporate tax rate of 20 percent, but it collects almost triple the amount because of a 30.5 percent collection efficiency rate. Vietnam has a 29.2 percent tax efficiency rate, while Malaysia has 27.1 percent. We definitely have room for a lot more improvement.

Unlike the first package in the overall Comprehensive Tax Reform Program (CTRP) of the Duterte government, or the Tax Reform for Acceleration and Inclusion Act (TRAIN), this second package – including the next three or more – will be revenue-neutral.

TRAIN is expected to raise P90 billion this year, with the supplemental package (raising motor vehicle users charge, declaring a general tax amnesty, and relaxing bank secrecy restrictions) bringing in an additional P40 billion, if passed within the year.

On the other hand, the second package should raise about P35 billion from the rationalization of fiscal incentives during the first year of implementation, much about the same amount that will be lost when the corporate tax rate is slashed from 30 percent to 25 percent.

Bringing down the Philippines’ corporate income tax rate was also one of the campaign promises of the President, but this commitment to Philippine businessmen, as well as interested foreign investors, is well-placed to support the country’s bid to attract further investments to spur domestic growth to more sustainable levels.

While the second package of the CTRP will be a welcome tightening of our existing tax laws, much more needs to be done to plug the leaks in the government’s tax collection system.

Transparency in tax payments should not only involve companies that are registered with investment promotion agencies like the Board of Investments, Philippine Economic Zone Authority, Bases Conversion and Development Authority, and Subic Bay Metropolitan Authority, but all businesses that operate in the country.

The sooner all that operate in the country are mandated to file their returns electronically based on a simplified corporate income tax system, the better for our tax collection efforts.

One of the biggest problems encountered is the existence of corruption – both on the sides of government and the private sector – in the area of tax collection.

While administrative sanctions may be imposed on government servants who negotiate tax payments for personal gain, so should there be a rule that penalizes companies that condone or even initiate measures that would bring down their income tax assessments.

Moving on the right track

The government’s Build Build Build program and its promise of a golden age in infrastructure building will need all the measures that would ensure a robust flow of tax collections for the state coffers. As it stands, the CTRP will be able to raise only a quarter of the P8 trillion of the amount programmed until 2022.

A show of renewed fiscal disciple and commitment to improving tax collections would help assuage foreign investors and credit rating agencies that the Philippines is indeed moving on the right track, and will have enough steam to make it to the finish line.

We are actively using two social networking websites to reach out more often and even interact with and engage our readers, friends and colleagues in the various areas of interest that I tackle in my column. Please like us at www.facebook.com and follow us at www.twitter.com/ReyGamboa.

Should you wish to share any insights, write me at Link Edge, 25th Floor, 139 Corporate Center, Valero Street, Salcedo Village, 1227 Makati City. Or e-mail me at [email protected] For a compilation of previous articles, visit www.BizlinksPhilippines.net.