January inflation partially due to TRAIN—IBON 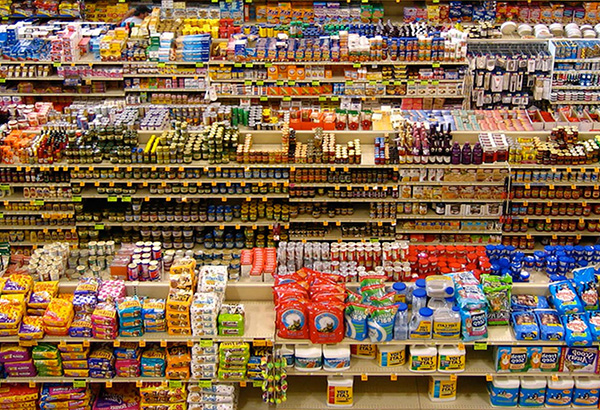 No cash transfers to cover January inflation, with prices going even higher in the months and years to come

The Department of Finance (DOF) said that January inflation was not caused by the Tax Reform for Acceleration and Inclusion (TRAIN) law. Research group IBON however points out that the new tax program definitely contributed to the marked uptick in inflation because additional taxes were already implemented since the law became effective starting January 1.

January inflation was at 4%, reportedly the highest since October 2014 and higher than the 2.7% inflation in the same period last year. Government said that inflation was caused by changes in international oil prices and the peso’s depreciation. The DOF earlier also said that TRAIN will only increase inflation by a few percentage points which is ‘minimal and manageable’ because the law provides for unconditional cash transfers (UCT) for the 10 million poorest households.

IBON said that while the change in global oil prices and peso depreciation were certainly factors in recent inflation, TRAIN also already increased the prices of oil products, sugar sweetened beverages, and other goods and services.  This includes prices increasing due to excise taxes as well as from establishments using the law as an excuse to charge more. The public has been feeling the weight of price increases as early as January.

According to IBON, the majority of poor Filipinos are going to feel even greater burdens once the domino effect of TRAIN starts impacting on prices all across the economy. The burden is bound to become heavier, said IBON, as excise taxes across all petroleum products are set to increase until 2020. For every kilo of LPG, the excise tax increases up to Php3. For every liter of diesel, gasoline and kerosene, meanwhile, excise taxes will increase up to Php6, Php3 and Php5, respectively.

IBON also countered the DOF’s pronouncements that the impact of inflation will be negligible due to UCT being provided to the 10 million poorest Filipino households. Price hikes have already been felt starting January 1 while the cash transfers are only being rolled out this month, and only for existing conditional cash transfer beneficiaries and selected senior citizens at that, said the group. With the rest of the 10 million beneficiaries receiving support only starting August, the Duterte administration has been oblivious to TRAIN’s impact on millions of no- or low-income Filipino families, IBON said.

Aside from noting that the UCT’s for the 10 million poorest Filipino households  are delayed and still unclear for many beneficiaries, IBON also stressed that the cash subsidies are only temporary. UCT is at Php200 per month in 2018 and 2019 then becomes Php300 per month in 2020. It is however discontinued in 2021, said IBON, when the poorest Filipino families will be confronted by markedly higher prices that were continuously rising for three years.###