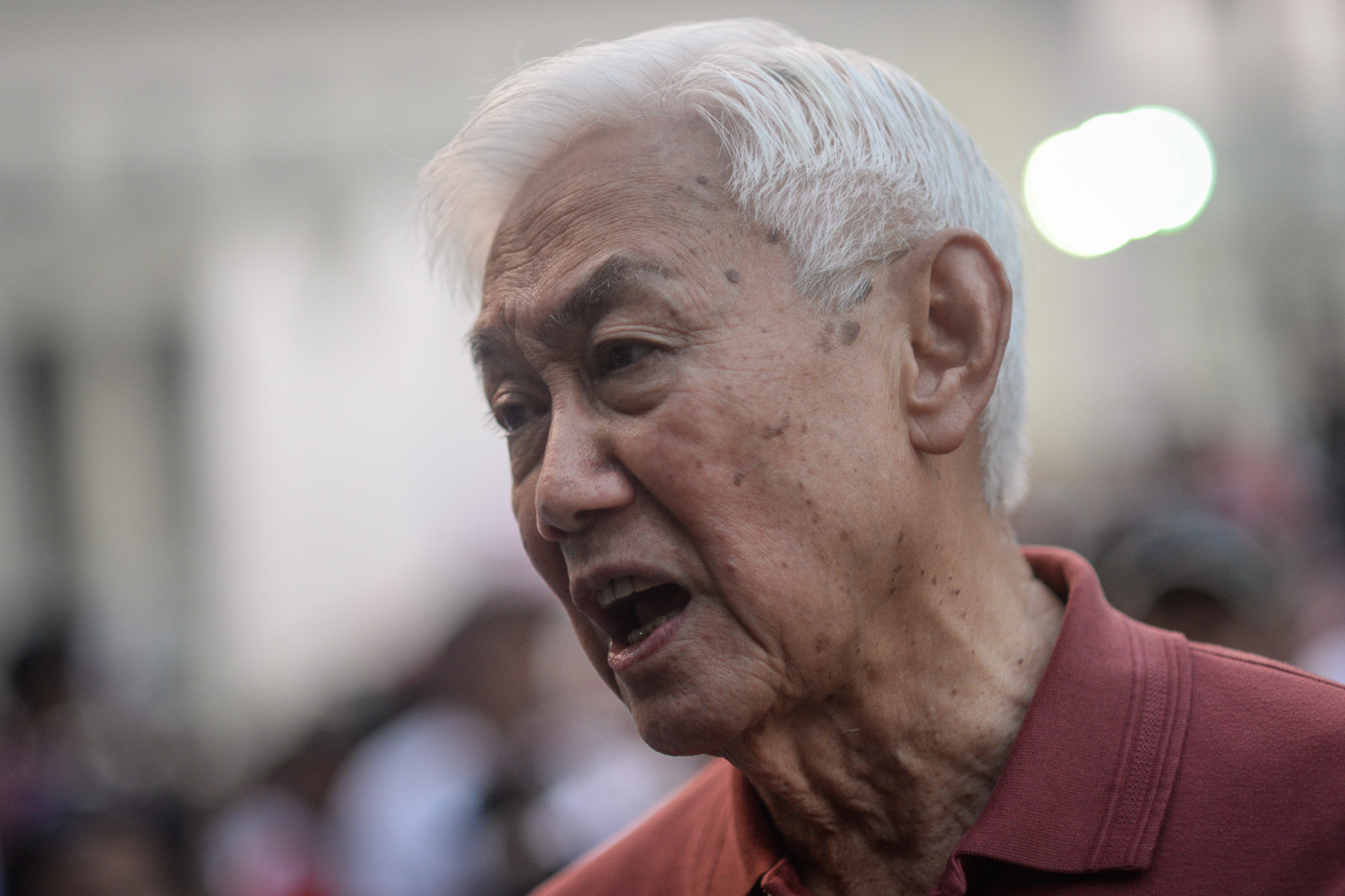 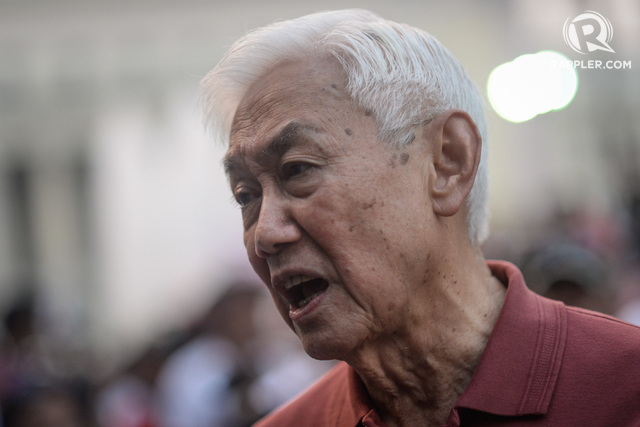 “This illegal arrest and detention of NDFP Consultant Rafael Baylosis is a flagrant violation of the GRP-NDFP Joint Agreement on Safety and Immunity Guarantees,” NDF national executive committee member Luis Jalandoni said in a statement.

The JASIG, signed between the Philippine government and the NDF in 1995, guarantees “free and unhindered passage” inside and outside the Philippines for persons involved in the peace talks. It also means they are immune from “surveillance, harassment, search, arrest, detention, prosecution and interrogation or any other similar punitive actions.”

“The NDFP demands the immediate and unconditional release of NDFP Consultant Rafael Baylosis and his companion, Jun,” said Jalandoni.

Presidential Spokesperson Harry Roque defended the move, saying it would be a “dereliction of duty” on the part of the government not to arrest a person “who has a case, who has a warrant of arrest, if there is basis for a warrantless arrest.”

“Kung tingin nila illegal, magfile sila ng habeas corpus. Wala namang martial law sa Luzon…Tungkulin ng Presidente na ipatupad ang batas (If they think that this is illegal, file a habeas corpus. There is no martial law in Luzon….The President has the duty to enforce the law),” Roque said in a news briefing in Baguio City, when asked about criticism over the arrest of Baylosis.

Roque also stressed that the JASIG, which shielded NDF consultants from arrest, was no longer in effect following the termination of the peace talks.

Baylosis was arrested by personnel of the police’s Criminal investigation and Detection Group National Capital Region (NCR). He was detained at the CIDG in Camp Crame after his arrest at around 3:45 pm on January 31 in Quezon City.

Baylosis, believed to be a former leader of the Communist Party of the Philippines (CPP), was the first NDF consultant to be rearrested after President Rodrigo Duterte ended the talks and declared members of the CPP-New Peoples’ Army as terrorists. The President had also called on the NDF consultants to “surrender.”

Progressive lawmakers also criticized Baylosis’ arrest. Bayan Muna Representative Carlos Zarate pointed out that the Philippine government’s peace panel has yet to send a written and official termination of the peace talks.

“The arrest can be interpreted as harassment against the NDFP consultants and personnel to weaken their stance in the talks, particularly in the signing of the Comprehensive Agrrement on Social and Economic Reforms (CASER) now pending in the peace table,” he said.

Kabataan Representative Sarah Elago also condemned the arrest, saying it was the first of a “grand crackdown and all-out war against the Filipinos.”

“Duterte’s insincerity is manifest in his fickle-mindedness in pursuing the peace talks,” she added.

Progressive groups staged a protest in front of Camp Crame Thursday morning to call for the release of Baylosis.

ACT Teachers Representatives Antonio Tinio and France Castro both criticized the arrest, saying it was based on a warrant that “stemmed from false or trumped-up charges, and after the peace talks were terminated by Duterte.” – Rappler.com