With fewer trains, buses come to the aid of MRT 3 passengers 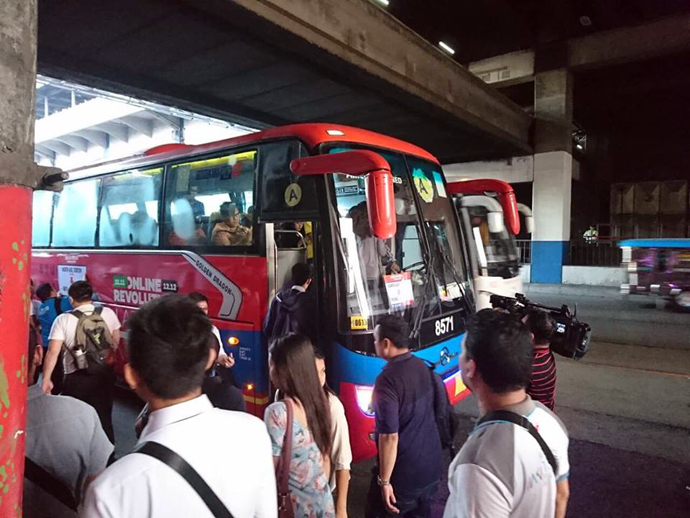 In the midst of mounting complaints, 10 buses which started Thursday will be deployed at the North Avenue and Quezon Avenue Metro Rail Transit (MRT) 3 stations during rush hours to provide the commuters with other viable options.

These buses will serve MRT-3 passengers from 6:30 am to 9am and 6pm to 7pm bound to Shaw Blvd in Mandaluyong City and Ayala Avenue in Makati City.

The fixed fare for each passenger is pegged at P15.

The DOTr in an earlier message said it understood the plight and hardships of the commuters daily at the MRT 3 but reiterated its call for the public’s patience as the agency waits for progress.

The DOTr expects the first batch of MRT 3 spare parts to arrive this month.

When the spare parts arrive, the DOTr assured that it would gradually increase the number of working trains and make glitches less frequent during travel, especially during rush hours.

Meanwhile, a team of more than 50 railway experts and engineers from the Japan International Cooperation Agency (JICA) will start on Thursday the due diligence and system audit of MRT-3.

The DOTr said the system audit is necessary to determine what rehabilitation and restoration works needed on the MRT3 system.

“We obviously need all the help we can get and we are very grateful that the Japanese Government answered our call for assistance to rehabilitate and restore the MRT-3 system,” said OIC Undersecretary for Railways T.J. Batan.

The system audit by JICA is separate from the ongoing Independent Audit and Assessment by TUV Rheinland, an ISO 17020 and ISO 17065 certified and IFIA member certifier (International Federation of Inspection Agencies) for the entire MRT-3 system, including the 48 train cars from CRRC Dalian.

The TUV Rheinland audit commenced on Jan. 3, 2018 and will run for three months. (Chito A. Chavez)