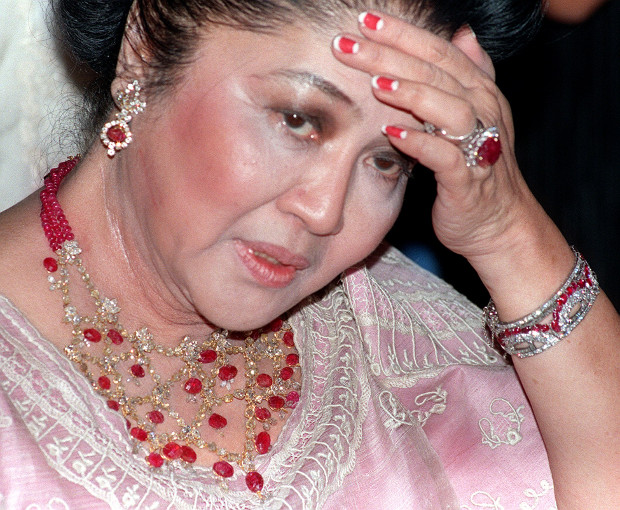 MANILA, Philippines — Presidential aspirant Ferdinand “Bongbong” Marcos Jr. on Monday said he has not seen any of the Yamashita and Tallano gold which have long been associated with his family.

Marcos Jr., the son of late dictator Ferdinand Marcos Sr., laughed at the myth and joked that people should let him know if they see any of the gold.

(In all my life, I haven’t seen any gold like that. I know many people who are digging for gold everywhere but I have not seen any gold that they are talking about.)

(Maybe they know something, they should tell me. I need the gold. I haven’t seen any gold.)

Marcos’ spokesman, Vic Rodriguez, has previously denied knowledge about the supposed Tallano gold, which was supposedly the source of the Marcos family’s wealth.

According to  urban legend, the Marcos family was allegedly entrusted gold bars by the so-called royal Tallano family. This myth, which supposedly explains the wealth of the late dictator’s family, has been spread in social media sites.

Aside from social media posts by supporters, the political party founded by the Marcos patriarch, the Kilusang Bagong Lipunan, posted on its website an unverified story about the gold.

It said that the Marcos patriarch was entrusted — and later paid a commission — of the many metric tons of gold supposedly owned by the Tallano family. The gold supposedly would be used for Marcos’ plan to “establish the former grandeur of the Maharlika.”

The urban legend has even driven thousands to flock to the University of the Philippines Los Baños in September 2017, believing they would receive P1 million each.

Marcos Jr. earlier described the incident as a “scam.”

His sister, Senator Imee Marcos als0 previously said she has not seen any of the mythical gold.

The “Yamashita gold” their family supposedly owns “continues to be an urban legend,” she added.

The Marcoses are accused of amassing billions of ill-gotten wealth during their reign, and the Presidential Commission on Good Governance (PCGG) was created precisely to recover assets from the Marcos family and the ousted dictator’s cronies.

So far, the agency has recovered P172.4 billion.

The PCGG is still trying to recover P125 billion more which are still under litigation.