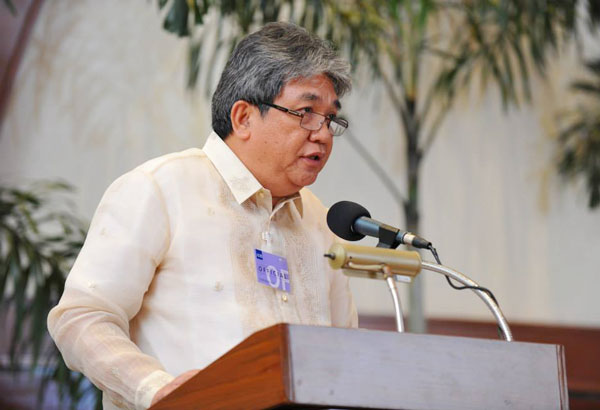 MANILA, Philippines — Only a temporary restraining order (TRO) from the courts can stop President Duterte from carrying out his suspension of Overall Deputy Ombudsman Melchor Arthur Carandang, Malacañang said yesterday.

Presidential spokesman Harry Roque made this clear in the face of what the Palace considers as defiance by Ombudsman Conchita Carpio-Morales and a possible circumvention of a Supreme Court (SC) ruling raised by its spokesman Theodore Te.

In a press briefing in Baguio City, Roque said the President would enforce the suspension order as “chief implementer of the law.”

“There is only one sitting President in this country and he will implement the law,” Roque said.

When reminded of a prevailing jurisprudence stemming from a 2014 SC decision on the case of deputy ombudsman for the military and other law enforcement offices Emilio Gonzales III, Roque insisted that Carandang could always question his suspension before the high court.

Asked if Malacañang would follow the high court ruling, Roque replied: “That’s the call of the deputy ombudsman. If they think that ruling is basis for him not to be suspended, go get a TRO; without a TRO, we will implement the law.”

The Office of the President slapped a 90-day suspension on Carandang for his supposedly disclosing false information about the bank transactions of Duterte and his family.

Carandang, who was investigating allegations that Duterte has undeclared wealth, was charged with grave misconduct and grave dishonesty for misuse of confidential information and disclosing false information.

The suspension order stemmed from a complaint by lawyers Manolito Luna and Elijio Mallari, who alleged that Carandang had falsely claimed getting the bank records from the Anti-Money Laundering Council (AMLC).

Morales said on Wednesday she would not implement the suspension order as doing otherwise would be “patently unconstitutional.”

The SC spokesman distributed copies of the 2014 ruling to the media last Wednesday, apparently in an effort to dispute Malacañang’s position on the suspension.

Chief presidential legal counsel Salvador Panelo said the ombudsman’s refusal to implement the suspension order could become a basis for another impeachment case against her. He said any malicious or deliberate attempt to defy the order could constitute a betrayal of public trust.

“What is clear is we observed due process. We gave the overall deputy ombudsman 10 days to file his answer. If he doesn’t file his answer, we will proceed to make a decision on the complaint against him,” Roque said.

He also denied that there is an impasse over the suspension order and chided the opposition for supposedly exploiting the issue to criticize the Duterte administration.

“What do we expect from the opposition? They cannot find anything to criticize so they are making issues out of anything,” he said. “Let’s just say to the opposition that they had the same view that the President has the power to discipline all unimpeachable officers.”

Roque was referring to former president Benigno Aquino III’s move to dismiss Gonzales in 2011 over the Manila hostage crisis in August 2010. The SC later reinstated Gonzales in 2012.

For Senate Minority Leader Franklin Drilon and Sen. Francis Escudero, the SC should step in to resolve the impasse and avoid a constitutional crisis.

“Malacañang can file a petition for mandamus with the Supreme Court to compel Ombudsman Morales to implement the suspension of Deputy Ombudsman Carandang if it believes that the President can suspend Carandang,” Drilon said.

“Or, Ombudsman Morales and Carandang can file a petition in the Supreme Court to set aside Malacañang’s suspension order, and seek a TRO, on the ground it is contrary to the SC ruling in the Gonzales case, which voided the power of the President to discipline the deputy ombudsman,” he added.

Escudero said the two sides should stop flexing their muscles in public and just bring the issue before the SC, which is the “final arbiter.”

He said the SC could always review the 2014 ruling on the case of Gonzales and even overturn this.

Sen. Antonio Trillanes IV said Morales was right about her decision to defy “what is clearly an illegal and unconstitutional order by Duterte and his minions to suspend ODO Carandang.”

“Duterte is wrong here, no matter how you look at this. Apart from the ombudsman and her deputies being independent, under our Constitution, he is suspending the person who is investigating him on his ill-gotten wealth, that is clearly obstruction of justice,” Trillanes said.

Sen. Leila de Lima, for her part, called on the public to support Morales. “As Malacañang’s arrogance on this issue is only expected, I call on the people to stand behind the ombudsman in the coming days,” she said.

“The ombudsman and the Supreme Court should not be the ones adjusting to Malacañang. It is the President who should be acting in accordance with the Constitution and the law. Of course, that is asking too much of this government,” De Lima said.

“As head of an independent constitutional body, the ombudsman should not be forced to do it just because of the presumptive belief by Palace advisers that the Supreme Court will reverse itself anyway in the future,” Zarate, who is also a lawyer, said.

“He did not release any document to the public or expose substantial portions of the supposed bank records of President Duterte for him to be charged by the office of the executive secretary. Thus, the charges of grave misconduct and dishonesty against him are ill founded,” Rep. Gary Alejano of Magdalo said.

He said the Palace action “is a clear case of intimidation of an independent body in order to cover the tracks of the President.”

For his part, Akbayan Rep. Tom Villarin said Carandang’s suspension “shows the hypocrisy of Malacañang in fighting corruption when its occupant becomes the subject of an investigation.”

Ronquillo said Morales’ defiance of the suspension order might put her entire office in a bad light and might set a precedent for other agencies and constitutional bodies. – Marvin Sy, Elizabeth Marcelo, Jess Diaz