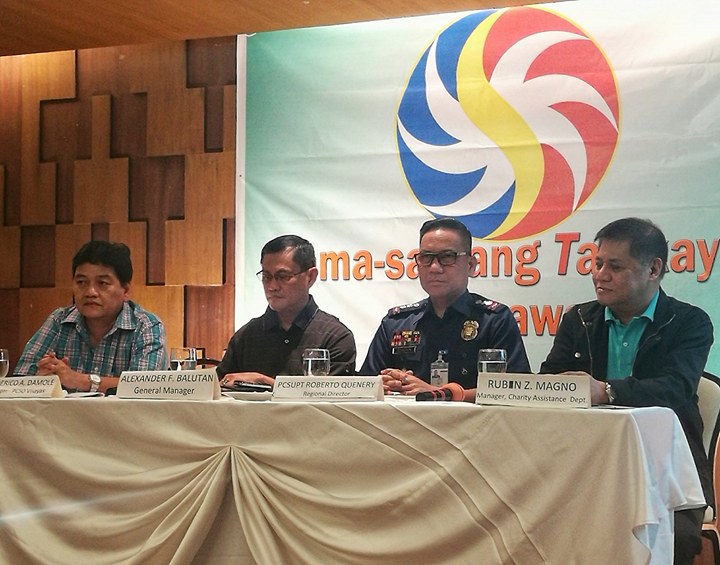 The Philippine Charity Sweepstakes Office (PCSO) collected P52.9 billion in revenues in 2017 which is a 34 percent increase as compared to the P32.5 billion revenues collected in 2016.

According to the PCSO, they collected P10.8 billion in the Visayas last year from 20 Authorized Agent Corporations (AACs) for STL.

For his part, Federico Damole, PCSO Visayas Department Manager, said that STL revenues grew by 65 percent or P2.9 billion as compared to the 2016 revenue collections of only P1 billion.

Damole said that the fund, that was generated last year, had helped the medical needs of about 51,669 patients, which benefited from the P685 million distributed under the PCSO’s Medical Assistance Program (IMAP) Allocation.

“Ito po yong tulong ng opisina ng PCSO to our less fortunate members of our society coming from the different branches in the Visayas,” he said.
He added that a P3.2 million allocation was Imap’s share to be distributed to the indigent patients in the Visayas daily.

He also said that 54 ambulances, from a P42.9 million share from the PCSO fund, were distributed last year in the the Visayas regions and provinces.
Despite the higher sales collection from lottery games, PCSO General Manager Alexander Balutan said that they had still problems in deterring the prevailing illegal numbers games, whose operators would not pay taxes to the government.

“What the PCSO wants is that all (those involved in the) illegal numbers game must migrate to the legal numbers game such as STL,” Balutan said.
Meanwhile, Cebu City Police Office (CCPO) Director Joel Doria said that they had intensified their campaign against illegal gambling as part of the Executive Order No. 13 signed by President Rodrigo Duterte.

The Order states about “strengthening the fight against illegal gambling and clarifying the jurisdiction and authority of concerned agencies in the regulation and licensing of gambling and online gaming facilities,”