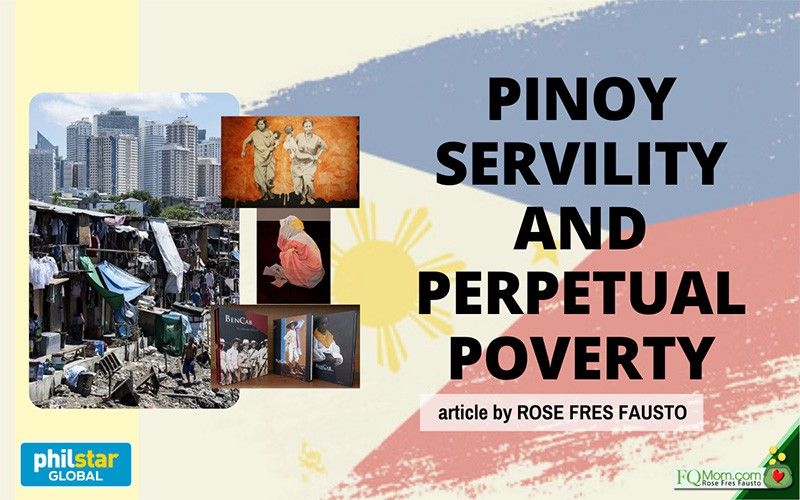 “Tanan” (elope) is what my husband and I call our impromptu getaways. We had one last weekend and ended up in Baguio.

The BenCab Museum is now a top tourist spot in the summer capital of the land. It’s a beautiful property overlooking the mountains of Benguet and houses priceless art pieces by the master Benedicto Cabrera and other artists in his collection. We had planned to go there and spend the whole morning just staring at art pieces that would capture our eyes and hearts. Unfortunately, this was difficult, if not impossible, to do when you’re there on a Saturday together with local tourists who seem to treat the place like an open park when it comes to their noise and movement levels. I ended up buying the book “BenCab Filipino Artist”, a two-volume book that extensively chronicles the artist’s 50 years of creativity.

Upon going back to our hotel, I started reading the book and here’s something that struck me. In his 1978 interview by Cid Reyes, he talked about his painting called Types of Filipinos Waiting to be Called Americans (1972), “The idea is to show the servility of the Filipinos who have found in the Americans a new master. I suppose, having been conditioned by 300 years of Spanish rule, they seem to take domination as a matter of course. There is resignation to one’s fate. I wanted, through this painting, to show that we must rid ourselves of this attitude of subservience.”

Upon reading this, I had to pause. Wow! It’s so true – then and now.

Then it crossed my mind that this servility or subservience to a master is a big factor why there is perpetual poverty among the majority of our population. If we examine the slave-master relationship, the slave labors and the master “takes care” of his needs. There is lack of autonomy in the life of the slave as he depends on his master to address his needs in return for his labor and loyalty. The master is also dependent on his slaves as no work is going to be done without them. This is an unhealthy relationship of codependence.

Look at the way we choose our leaders. We choose the populist ones, the “strong man” candidates who always campaign using gimmicks that they are one with the poor, and blaming the sorry state of the nation to the elite, never mind if these populist leaders are the ones oozing with gold.

How does this servility perpetuate poverty?

Subconsciously, there’s a deeper reason for this servility. For as long as one keeps the slave mentality, one will not be responsible for his misfortune. He will always have someone to blame. As his master says, the elite. He is off the hook, “Hindi ko kasalan kung bakit ako mahirap.” And he relies on his master. That is why he will forgive his master’s corruption because, unlike the other rich folks, his corrupt master helps him and his family anyway and they can count on him, “Siya ang tinatakbuhan namin kung may kailangan kami.” And so, the master has to show his tangible yet superficial support in occasions such as – KBL – Kasal Binyag Libing.

Someone threatened the codependency

During the campaign, we saw a leader who inspired millions of people like no one ever had. She is very middle class, the one with the lowest Net Asset Value among all presidential candidates, but whose daughters all graduated from prestigious universities here and abroad, thanks to their disciplined training from their tiger mom. Millions were extremely inspired to contribute their time, talent, skills, and other resources to her movement of empowerment.

This movement aims to end poverty through gobyernong tapat. It was a dream to get rid of the unhealthy servility by taking out the abusive corrupt masters in government.

Alas! The movement was no match to the 4 Gs used by the united traditional politicos to assault this threat to end their system of codependency, for how can a poor family say no to P14,000.00 per voter? How can one say no to monthly salaries rivaling that of a bank manager’s by just posting fake news and comments online?

Is the Filipino doomed to perpetual poverty?

It is wrong to completely pass on the blame to our poor population for electing incompetent corrupt leaders. I personally know educated, well-off people who continue to vote for them, and they are more culpable in perpetuating the system.

An employee asked for advice, “Ma’am, do you think my plan to pursue an MBA is still worth it under this regime? I’m holding it off, kasi nakakawala ng morale.”  Some of my students expressed disappointment and even disgust on their relatives who supported the son of the dictator and heir to the plunder, “What’s in store for us who will be graduating this year?”

When the election returns were showing the junior’s overwhelming lead, there was a surge in online searches for work abroad. If this continues, there will be an exodus of Filipino workers willing to do jobs below their capabilities, being subservient once again in their host countries, sacrificing being away from their families.

Are we a hopeless case?

No matter how disappointed we are with what’s happening in our country, we cannot afford to lose hope. It might be sickening to continue paying our taxes when the presumptive president does not pay his. It might feel useless to do good when we see evil succeed. But here’s the thing which is the common denominator when I gave my answer to the employee, my students, and even my disappointed self, asking a similar question of “Is it still worth doing good in this regime?”

To go back to the quote from BenCab, “… we must rid ourselves of this attitude of subservience,” and the way to that now is to not succumb to the temptation to just throw in the towel, but to continue the movement of empowerment that we have started.