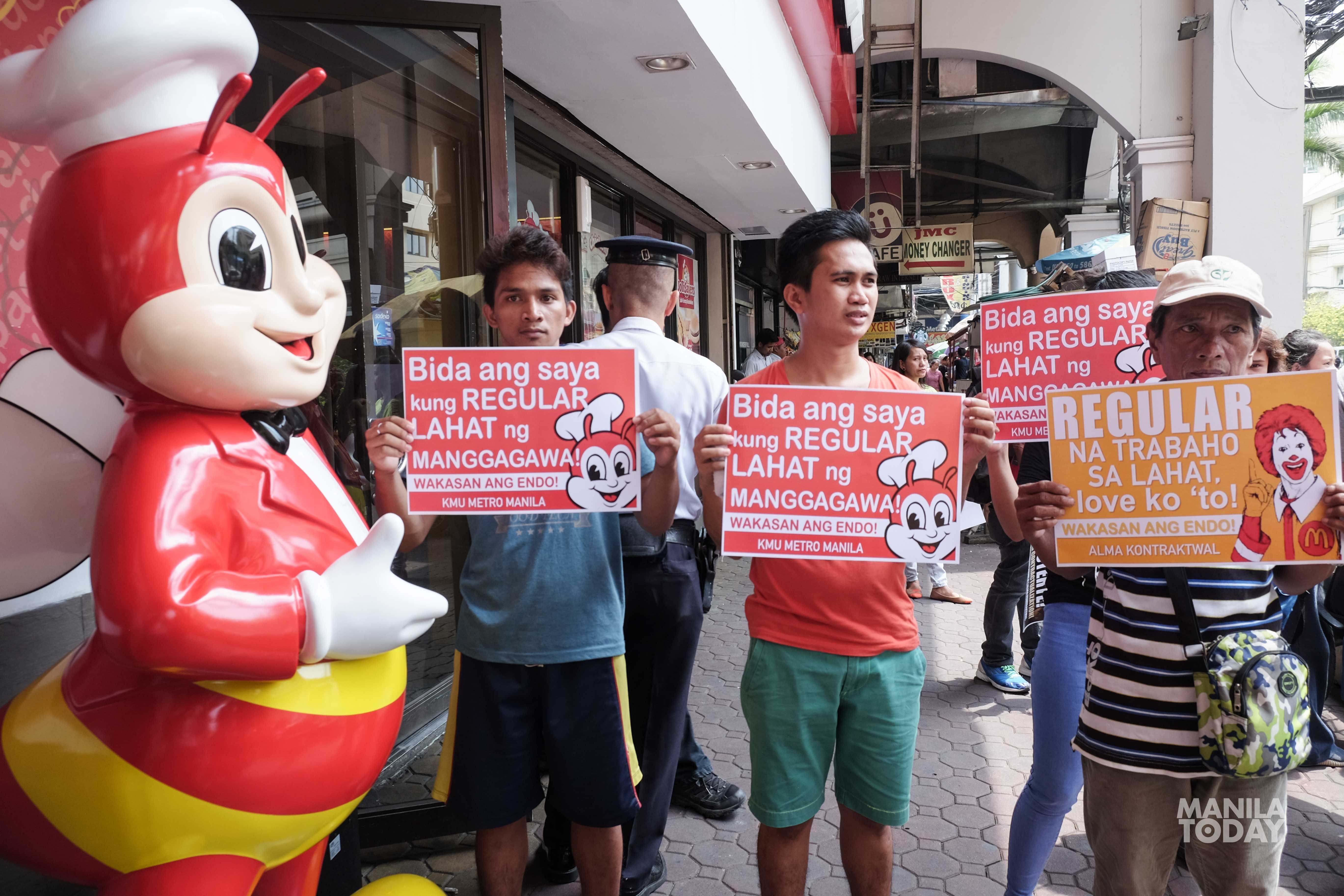 Members of militant labor center, Kilusang Mayo Uno (KMU) – Metro Manila and Alyansa ng mga Manggagawa Laban sa Kontraktwalisasyon (ALMA Kontraktwal) kicked off their weekly Black Friday Protest against contractualization today as they march to Mendiola in Manila. According to the groups, the series of the said weekly protest will culminate in a giant nationwide rally on May 1 in time for International Labor Day.

KMU Metro Manila and ALMA Kontraktwal are set to stage the series of protest actions in the whole month of April to denounce the President Duterte over his failure to totally ban contractual labor nationwide. They also slammed the Duterte administration for its impending signing of an Executive Order that will regulate contractualization practices in the country.

“What labor groups and contractual workers demand for the government to do is a total ban, criminalization and prohibition of the entire contractualization system in the country and not just mere regulation of this unfair labor practice. We urge President Duterte to fulfill his election campaign promise that he will end contractualization!” said Ed Cubelo, KMU Metro Manila chairperson.

During their march, protesters bring their end of contract or ‘endo’ notice for Duterte. According to the groups, the symbolic issuance of the said notice depicted their rage against the government’s retraction to their promises to the Filipino workers.

The groups also calls on the attention of Labor Secretary Silvestre Bello III and President Duterte to replicate their efforts to the almost 7,000 contractual workers of Jollibee Foods Corporation (JFC) to all contractual Filipino workers. On the other hand, they urge JFC to comply on the order and stop using Department Order 174 to justify its long-drawn bad practices against its workers.

KMU Metro Manila and ALMA Kontraktwal sees the government’s move for the JFC workers as ‘selective’ and just mere grandstanding to pacify the outrage of the millions more contractual workers. They said that contractual workers were not just in the service industry and businesses, but on all industries across the country. “If Bello and Duterte were really sincere and serious to end contractualization and serve for the best interests of our working forces, then they must craft a national policy that will totally prohibit contractualization practices.

If the President will still insist that he can’t do something to end contractualization then he must really start packing his things up and prepare himself to be terminated out of the Palace,” said Maristel Garcia, ALMA Kontraktwal spokesperson.