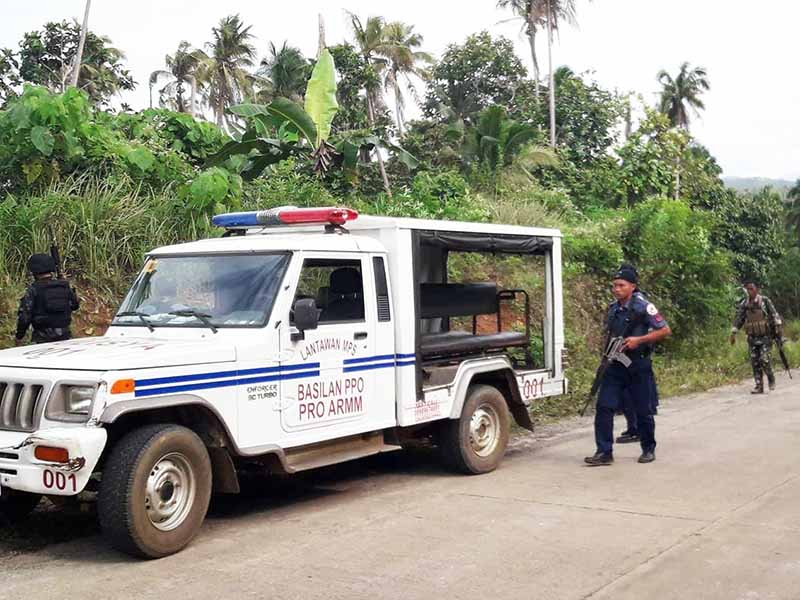 MAGUINDANAO, Philippines — Gunmen ambushed two police teams — one in Basilan and the other in Lanao del Sur — in separate attacks Thursday.

Chief Superintendent Graciano Mijares of the Police Regional Office-Autonomous Region in Muslim Mindanao said Friday no one from among his subordinates got hurt, but the attacks caused panic among villagers near the scenes of the incidents.

Members of the Lantawan municipal police in Basilan were returning to their station from a peacekeeping activity when suspected Abu Sayyaf gunmen fired at their vehicle while at Barangay Bulan-Bulan southwest of the municipality.

Mijares said the incident was preceded by the ambush by bandits of a group of combined soldiers and policemen in Pualas, Lanao del Sur.

Personnel of the Pualas municipal police and the Army’s 55th Infantry Battalion were on separate vehicles en route to the border of Barangays Bolinsong and Ingud northeast of the municipality when they were attacked by no fewer than 10 men armed with M14 and M16 assault rifles.

The bandits hurriedly escaped when the policemen and soldiers they fired at outflanked and almost cornered them as the gunfight ensued.

In a report to Mijares Friday, Senior Inspector Knievel Salem of the Pualas municipal police said local officials and barangay leaders have confirmed that the ambushers were led by Masood Dagar and his siblings Moomin, Ola, and Momong.

They are all wanted for heinous offenses, including large-scale drug trafficking, motorcycle and cattle theft.

Mijares said he has directed municipal police probers to file criminal charges against the Dagars for perpetrating the ambush that endangered the lives of policemen and soldiers.