Is there a need to change the 1987 Philippine Constitution?

While the Constitution is not perfect, many argue now is not the time to change it 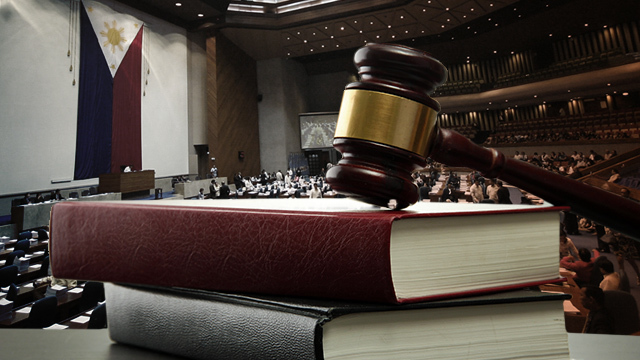 HIGHEST LAW. The administration of President Rodrigo Duterte is attempting to change the Constitution to make way for Federalism. Photo by Rappler

MANILA, Philippines – The 1987 Philippine Constitution reestablished the democracy halted by decades of Martial Law under former dictator Ferdinand Marcos. Now, lawmakers in Congress are once again attempting to change the nation’s highest law.

Critics and defenders of the Constitution know it is not a perfect document. There are several provisions that need to be clarified – including Article XVII, which outlines the process of amending or revising the Charter and which has spurred contentious debates between the House of Representatives and the Senate. (READ: Why 1987 PH Constitution unclear on Congress’ Charter Change vote)

Past administrations touted Charter Change as a means to address these flaws and “improve” the country. President Rodrigo Duterte likewise pushed for a federal form of government during his campaign.

But is there really a need to change the Constitution?

Retired Supreme Court (SC) Justice Vicente Mendoza explained that while the Constitution may have its flaws, now is not the time to change it as partisanship runs thick. (READ: What you need to know about Charter Change)

“This is a very partisan period in our history and it is no time to do these things…The risks that constitutional reform might be used as an excuse for extending stays in office and shifting to federalism are just too great to offset the need to make these changes,” Mendoza said.

According to Dante Gatmaytan, a constitutional law professor at the University of the Philippines College of Law, skepticism towards Charter Change is rooted in the Marcos era when Marcos changed the Constitution to duck term limits.

“We have a distrust of our politicians to the point that we do not trust them to tinker with the fundamental law of the land. Every attempt to amend the 1987 Constitution was met with skepticism that they were mere ploys to eliminate term limits,” Gatmaytan said.

“Since that trust was betrayed, politicians have not earned our respect,” he added.

While there are areas of the Constitution worth revisiting – such as the extent of judicial review, the ban on political dynasties, and provisions to encourage competition in business – Mendoza and Gatmaytan said doing so now may leave it vulnerable to abuse.

Hearings in the House of Representatives have given a glimpse at some of the proposed changes to the 1987 Constitution.

These include the shift to a federal form of government, as well as the possible abolition of the Office of the Vice President, Office of the Ombudsman, and Judicial and Bar Council. Lawmakers also proposed to limit the protection for free speech.

“The 1987 Constitution is not perfect but it is a good document… What worries me about the present attempts to amend the Constitution is the way it is selling federalism as the solution to poverty. With the level of political maturity that we have, federalism is likely to strengthen bosses in their turfs,” Gatmaytan said.

Mendoza added that while permanence is an attribute of a good Constitution, the reason why the many attempts to change the Charter have failed is not because of intrinsic merit.

“It’s not that this Constitution is flawless or a great Constitution. I do not think it is…It needs amendments. The trouble is, if you do that, politicians will come in and bring proposals to extend their term. That’s what deters people like me from proposing these many changes, to make this a good or better document,” Mendoza said. (LOOK BACK: Past Charter Change attempts and why they failed) 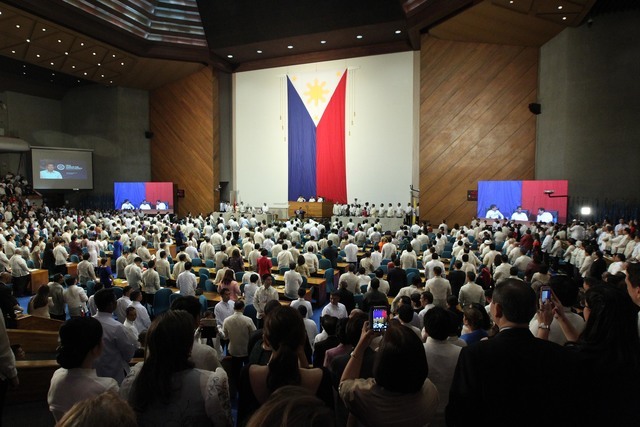 CONGRESS. Hearings on Charter Change continue to take place in the House of Representatives and Senate. File photo by Alberto Alcain/PPD

Congress as a rubber stamp?

But despite clear opposition and warning, Congress is determined to see Charter Change through.

House Speaker Pantaleon Alvarez earlier opened the possibility of canceling the midterm 2019 elections while Senate President Aquilino Pimentel III said the 6-year term of Duterte may be extended “if necessary” to shift the country to federalism.

Lawmakers have also proposed to change the Constitution by convening into a Constituent Assembly, saying it would be “cheaper and faster” than a Constitutional Convention as earlier proposed. (READ: The problem with Con-Ass? Distrust with Congress)

Alvarez likewise threatened to allocate a “zero budget” to lawmakers who refused to support the proposed Charter Change, though he later took it back and said he was only “joking.” (READ: Zero budget for anti-federalism provinces just a ‘joke,’ says Alvarez)

Framers of the Constitution, however, struck down current attempts to revise it.

1987 CONSTITUTION. Members of the 1986 Constitutional Commission during deliberations. Photo from the Official Gazette

Speaking at a Senate hearing on Charter Change, Christian Monsod – who was part of the 48-member 1986 Constitutional Commission – said problems lie in the implementation of the law, rather than the Constitution itself. (READ: Congress, not Constitution, is the problem – Monsod)

“The problem is not the Constitution but the legislators who slept on the job for 30 years to fully implement it. Or when reform legislation was passed, [they] made sure it was watered down and underfunded,” he said.

Retired SC Chief Justice Hilario Davide echoed this statement in a speech to the business community in November 2017 and said the objectives of federalism could be well achieved by the existing Constitution.

“I would forthwith assert that a shift to federalism or amendments to our present Constitution to accomplish the goals and objectives of the proponents of federalism is totally unnecessary. The reasons adduced to support it are deceptively misleading and unfounded,” Davide said.

He added, “All such goals and objectives can adequately and sufficiently be accomplished, and the reasons disproven, by merely – but effectively and efficiently – implementing the relevant provisions of our present 1987 Constitution.”

If not Charter Change, then what?

Though there is no need to change the Constitution in its entirety, retired SC Justice Adolfo Azcuna said that what should be done instead is a review to determine necessary changes.

“It is timely to review the Constitution with a view of determining whether or not it should be changed to better address the situation of Filipinos today,” he said.

Gatmaytan also said there may be no need to revise the Constitution “when an amendment of laws may suffice.”

While attempts to change the Constitution are serious, Gatmaytan added an assembly that is also beholden to the President may not produce the best document.

“Any project that involves drafting the fundamental law of the land will benefit from serious deliberation founded on contending views, not a mere collection of ‘yes men,’” he said. – with reports from Jodesz Gavilan/Rappler.com